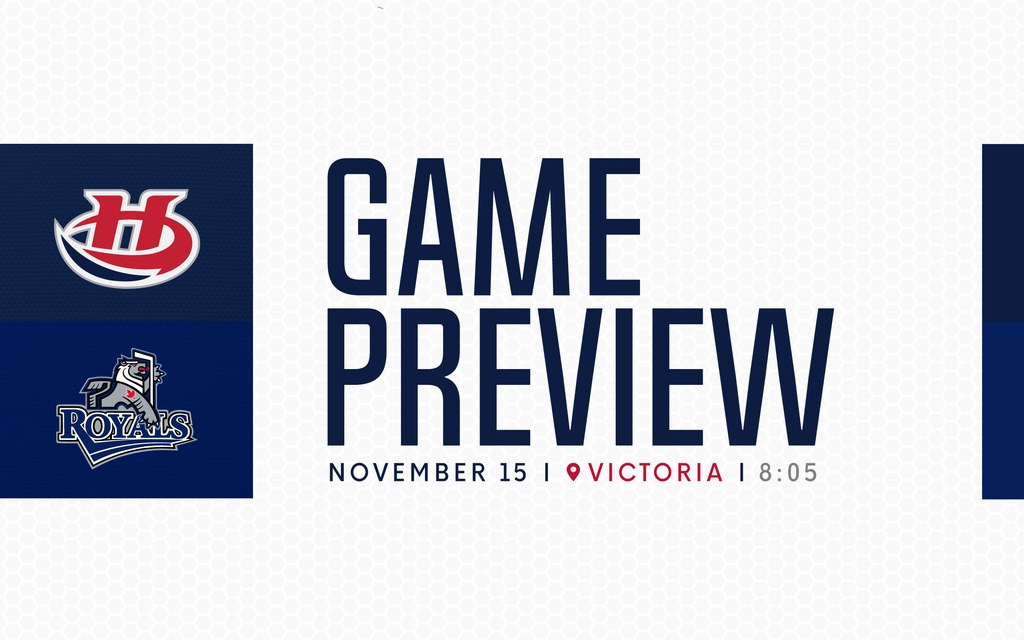 Victoria, BC – The Lethbridge Hurricanes begin a three-game road trip tonight as they visit the Victoria Royals in their only meeting of the season at 8:00pm MT at Save-On Foods Memorial Centre.

The Hurricanes (13-5-0-3) were handed their first regulation loss last Saturday in a 3-2 loss to the Tri-City Americans at the ENMAX Centre which ended a 12-game point streak. D-Jay Jerome and Alex Cotton scored in the losing cause for the Hurricanes, who outshot the Americans 49-16 in the game. Lethbridge enters tonight 10-1-2-0 in their last 13 games and are 7-2-0-1 on the road this year.

The Royals (9-7-1-0) enter on a three-game winning streak after earning a pair of wins in Prince George against the Cougars last weekend. Both victories in Prince George were by a single goal. Victoria has posted a 7-3-0-0 record in their last ten games after starting 2-4-1-0 in their first seven games.

Tonight will be the only meeting of the season between the Hurricanes and the Royals. The ‘Canes dropped a 6-2 decision in their lone meeting last season. The game can be seen at both Browns Socialhouse locations in Lethbridge or heard on 106.7 ROCK. You can also watch the game online at www.whllive.com

VS. ROYALS: Tonight will be the only meeting of the season between the Hurricanes and the Royals. Last year, the ‘Canes dropped a 6-2 decision to Victoria in the lone meeting on December 28th, 2018 at the ENMAX Centre. Dante Hannoun had four goals in the victory while Jordy Bellerive and Calen Addison scored in the defeat.