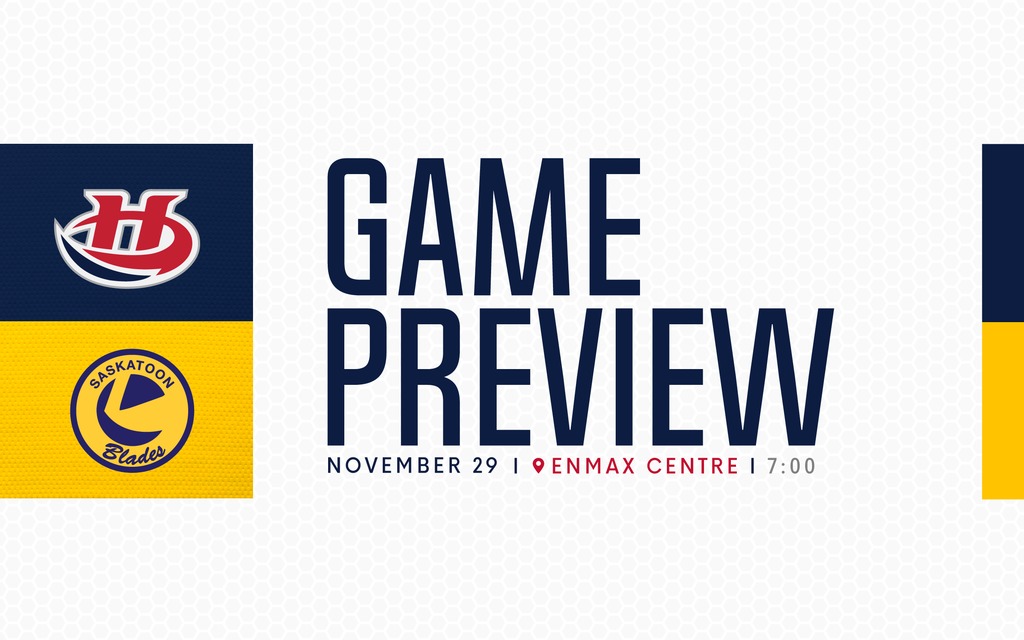 Lethbridge, AB – The Lethbridge Hurricanes will look to extend their winning streak to three-straight games as they welcome the Saskatoon Blades tonight at 7:00pm at the ENMAX Centre.

The Hurricanes (17-7-0-3) enter with two straight wins after a 4-1 win on Wednesday over the Regina Pats. Dino Kambeitz scored twice while Dylan Cozens and Oliver Okuliar scored the others in the victory. The ‘Canes enter play with a 7-4-0-2 home-ice record on the season.

The Blades (13-12-1-1) enter after snapping a four-game losing streak with a 2-1 win in Tri-City against the Americans on Wednesday. Tristen Robins and Nolan Kneen scored in the win for the Blades. Tonight will be the sixth of a seven-game road trip for Saskatoon as they have posted a 1-4-0-0 record so far on the trek.

Tonight will be the third of four meetings on the season between the Hurricanes and the Blades; Saskatoon has won both games so far this season. Tickets for tonight’s game are available by calling 403-329-SEAT (7328), online at www.enmaxcentre.ca or in person by visiting the ENMAX Centre or Yates Memorial Theatre Box Offices.

VS. BLADES: Tonight will be the third of four meetings on the season between the Hurricanes and the Blades. The Hurricanes are 0-2-0-0 against Blades this season having been defeated both times by a single goal. Lethbridge have lost four straight games against Saskatoon dating back to last season.