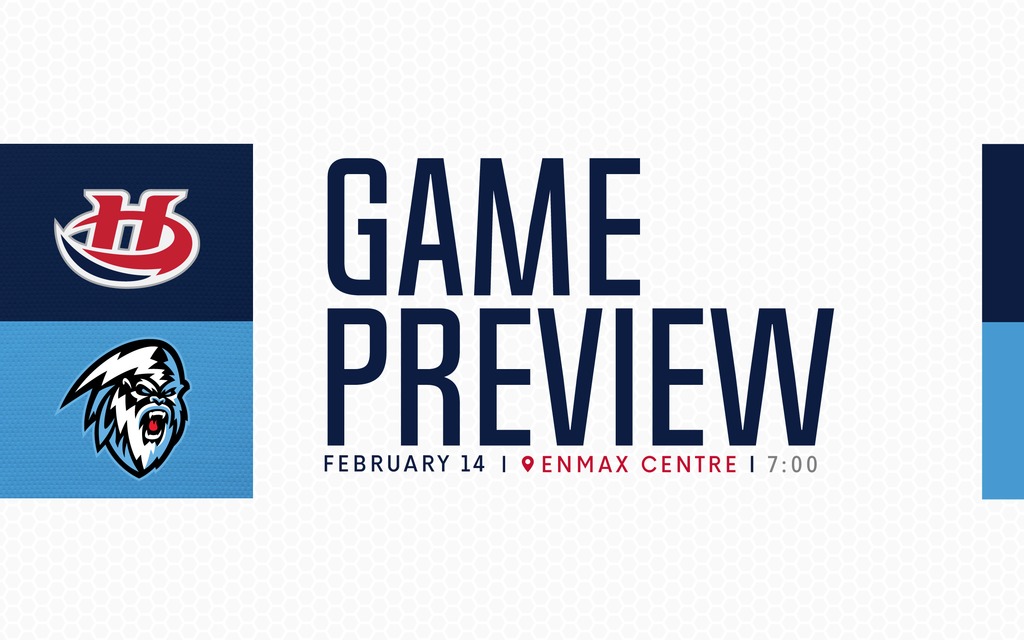 Lethbridge, AB – The Lethbridge Hurricanes return to the ENMAX Centre tonight at 7:00pm for the first of two games this weekend against the Winnipeg ICE.

The Hurricanes (33-12-2-5) enter on a four-game winning streak after earning a 6-4 win on Sunday afternoon at Scotiabank Saddledome against the Calgary Hitmen. Brett Davis scored the game-winning goal late in the third period to lift the ‘Canes to the win. Lethbridge has posted a 14-5-2-4 record at the ENMAX Centre this season having gone 7-0-2-0 in their last nine home games.

The ICE (32-19-1-0) are riding a three-game winning streak after an 8-3 blowout win in Swift Current over the Broncos on Wednesday night. Peyton Krebs and Dawson Barteaux both lead the game in scoring each collecting four assists in the win. Winnipeg enters tonight tied atop the East Division with 65 points on the season.

Tonight will be the first of a back-to-back between the ICE and Hurricanes at the ENMAX Centre this weekend and will be the third of four meetings on the season; Lethbridge is 1-0-0-1 this season against Winnipeg.

Tickets for tonight’s game can be purchased by calling 403-329-SEAT (7328), online at www.enmaxcentre.ca or in person by visiting the ENMAX Centre or Yates Memorial Theatre Ticket Centre’s.

VS. ICE: Tonight will be the third of four meetings on the season between the Hurricanes and the ICE and the first of two games in as many nights at the ENMAX Centre. Lethbridge has posted a 1-0-0-1 record in the two games so far this season that happened in Winnipeg. Last year, Lethbridge posted a 6-0-0-0 record against the ICE when they were in Kootenay. Over the last 15 head-to-head meetings against the ICE franchise, the Hurricanes have posted a 13-1-0-1 record.