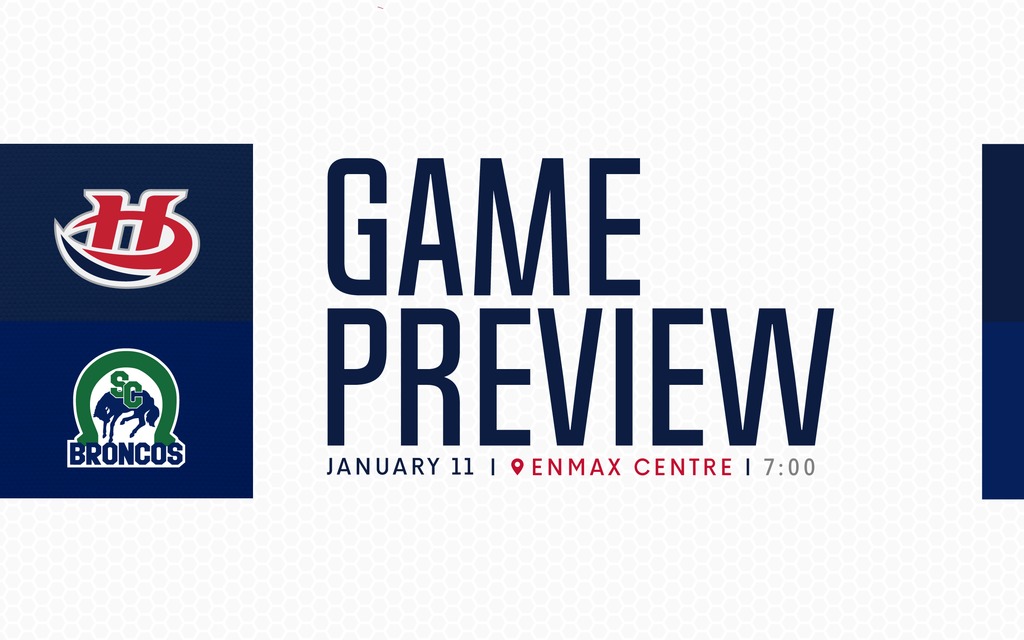 Lethbridge, AB – The Lethbridge Hurricanes return to the ENMAX Centre in hopes of a weekend sweep as they welcome the Swift Current Broncos at 7:00pm.

The Hurricanes (24-10-2-5) enter having ended a two-game overtime losing streak last night with a 4-2 win in Calgary against the Hitmen. Noah Boyko, Dino Kambeitz, Alex Cotton and Oliver Okuliar scored in the victory which improved the ‘Canes record to 7-1-2-0 in their last ten games. Lethbridge is 11-5-2-4 at the ENMAX Centre this season.

The Broncos (9-25-1-2) have been off since last Sunday when they were downed 4-2 at home by the Seattle Thunderbirds. The loss to the T-Birds ended a two-game winning streak for the Broncos who have scored 14 goals in their last three games. Former Hurricane forward D-Jay Jerome will make his Broncos debut tonight for Swift Current.

Tonight will be the sixth of seven meetings on the season between the Hurricanes and the Broncos; Lethbridge has posted a 5-0-0-0 record outscoring Swift Current 24-7 in the five games so far.

Tickets for tonight’s game can be purchased by calling 403-329-SEAT (7328), online at www.enmaxcentre.ca or in person by visiting the ENMAX Centre or Yates Memorial Theatre Ticket Centre’s.