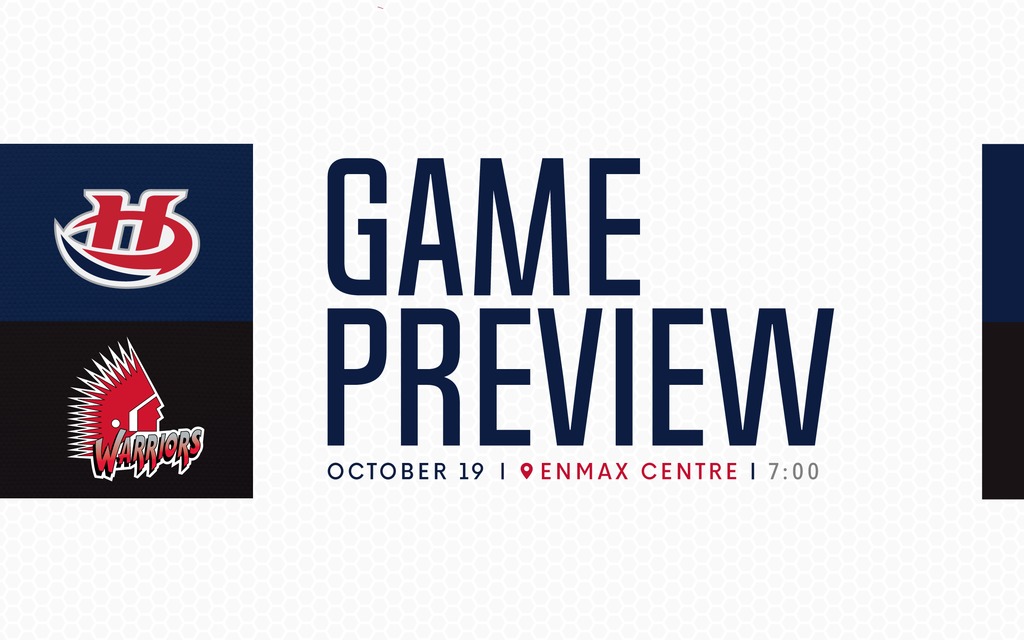 Lethbridge, AB – The Lethbridge Hurricanes play the second of a two-game home weekend as they entertain the Moose Jaw Warriors tonight at 7:00pm at the ENMAX Centre.

The Hurricanes (6-4-0-1) are coming off a 2-1 win last night at home against the Regina Pats. Jett Jones and Calen Addison scored in the victory while Carl Tetachuk made 32 saves for his second straight win. The win for the ‘Canes evened their home-ice record to 2-2-0-1 on the season and was their third straight triumph.

The Warriors (5-5-0-0) are coming off a 7-3 loss last night at Scotiabank Saddledome to the Calgary Hitmen. Moose Jaw received a pair of goals from former Hitmen forward Ryder Korczak while Jadon Joseph added the other. The defeat was the Warriors fourth straight loss after starting the year with a 5-1-0-0 record.

Tonight will be the second of four meetings on the season between the ‘Canes and the second meeting in four days after Lethbridge earned a 6-0 win in Moose Jaw on Tuesday.

Tickets for tonight’s game can be purchased by calling 403-329-SEAT (7328), online at www.enmaxcentre.ca, or in person at the ENMAX Centre or Yates Memorial Theatre Ticket Centre’s.

VS. WARRIORS: Tonight will be the second of four meetings on the season between the Hurricanes and the Warriors. Lethbridge earned a convincing 6-0 win in their first meeting on Tuesday in Moose Jaw as it was the second straight meeting that the ‘Canes have shutout the Warriors. Last year, the ‘Canes posted a record of 1-1-2-0 in four games against Moose Jaw.