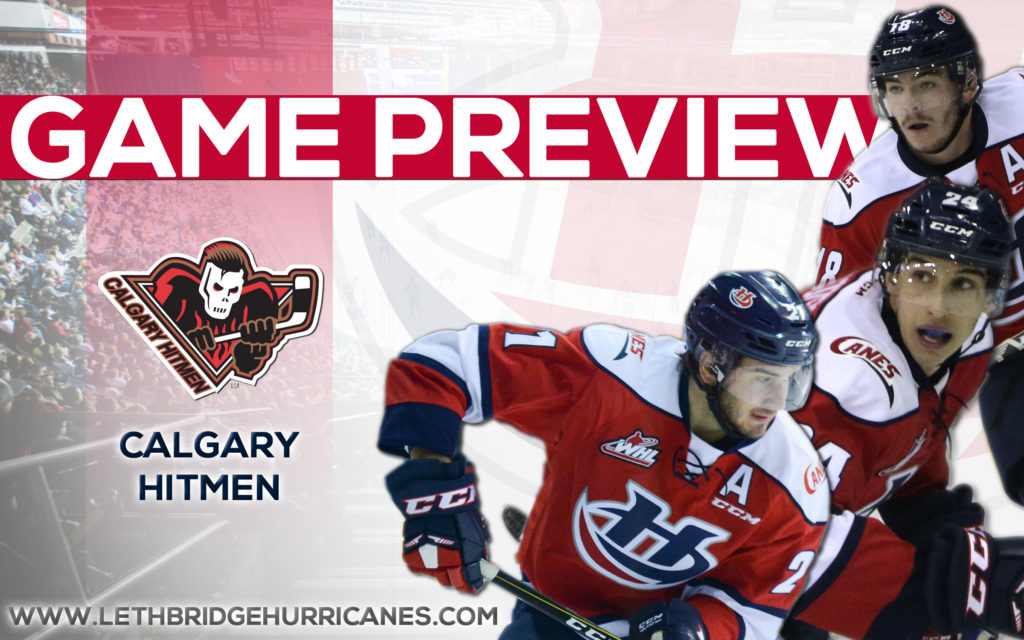 Lethbridge, AB – The Lethbridge Hurricanes will travel to Calgary tonight to face the Hitmen at 7:00pm at the Scotiabank Saddledome.

The Hurricanes (16-17-2-0) are coming off a 5-4 win last night over the Medicine Hat Tigers at the ENMAX Centre. Five different goal scorers lit the lamp, including Zane Franklin who potted the game-winning goal. Reece Klassen made his second straight start and made 37 saves in the victory. The ‘Canes have won two of their last three games and sit third in the Central Division.

The Hitmen (10-19-5-1) sit fourth in the Central Division with 26 points. The Hitmen are riding a four game losing streak, having lost all of those against the Kootenay Ice, two in overtime. Calgary was handed a 4-3 loss on Thursday at the ‘Dome by the Ice.

Tonight will be the fifth of six meetings on the season between the ‘Canes and the Hitmen. The ‘Canes have posted a 2-2-0-0 record against Calgary this season.

Tune in on 106.7 ROCK starting at 6:45pm with the pregame show. You can also watch the game at Browns Socialhouse, your Home Away From Home.