GAME DAY: Hurricanes Wrap Up First Half in Calgary 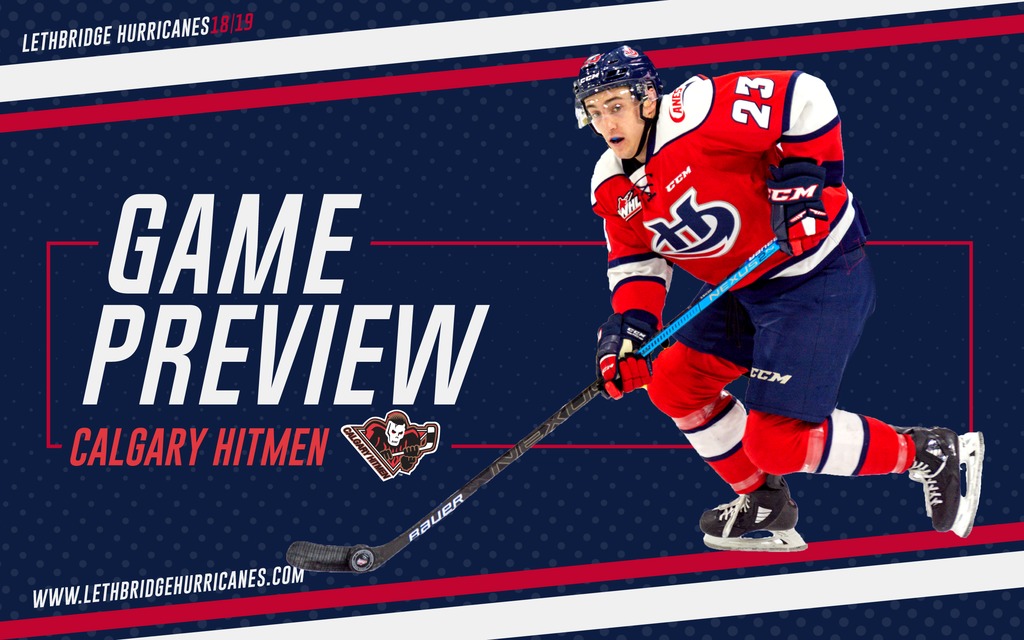 Lethbridge, AB – The Lethbridge Hurricanes will play their final game before the Christmas break this afternoon in Calgary against the Hitmen at Scotiabank Saddledome at 4:00pm.

The Hurricanes (17-9-4-2) earned a 5-2 win over the Kamloops Blazers last night at the ENMAX Centre. Five different goal scorers lit the lamp for the second straight game as Jake Leschyshyn, Jordy Bellerive, Dylan Cozens, Taylor Ross and Nick Henry scored in the win while Reece Klassen made 37 saves. The ‘Canes are now 8-1-2-0 in their last 11 games.

The Hitmen (15-14-3-1) were handed a 3-2 overtime loss last night against the Edmonton Oil Kings. Kaden Elder and Jake Kryski scored in the losing cause. The loss ended a five-game winning streak for the Hitmen. Calgary is 5-0-1-0 in their last six games.

VS. HITMEN: Tonight is the fourth of six meetings on the season between the Hurricanes and the Blazers. The ‘Canes have posted a 2-1-0-0 record in the three prior meetings, having won each of the last two games by a combined 11-8 in the two games.