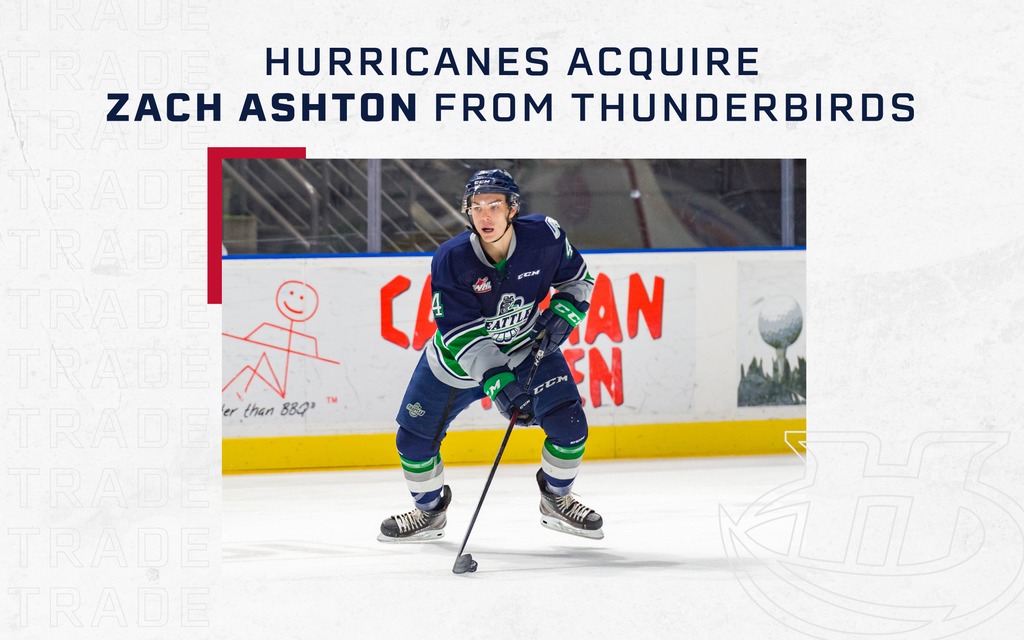 Lethbridge, AB – The Lethbridge Hurricanes Hockey Club announced Friday the acquisition of 2001-born defenseman Zach Ashton from the Seattle Thunderbirds in exchange for a conditional seventh round draft pick in the 2021 Western Hockey League Bantam Draft.

Ashton, 19, appeared in 41 games in 2019-2020 with the Thunderbirds totaling seven assists along with a minus-9 rating and 27 penalty minutes. The Calgary, Alberta product has appeared in a total of 78 career WHL games with the T-Birds and Saskatoon Blades collecting 10 points (1g-9a) and 35 penalty minutes.

The 5’11”, 175-pound right-hand shot defenseman was originally drafted by the Blades in the third round (50th overall) in the 2016 WHL Bantam Draft. Ashton’s older brother Jacob Ashton was drafted by the Hurricanes in the 2013 bantam draft.

The Hurricanes and WHL will begin the 2020-2021 regular season on Friday, January 8th.