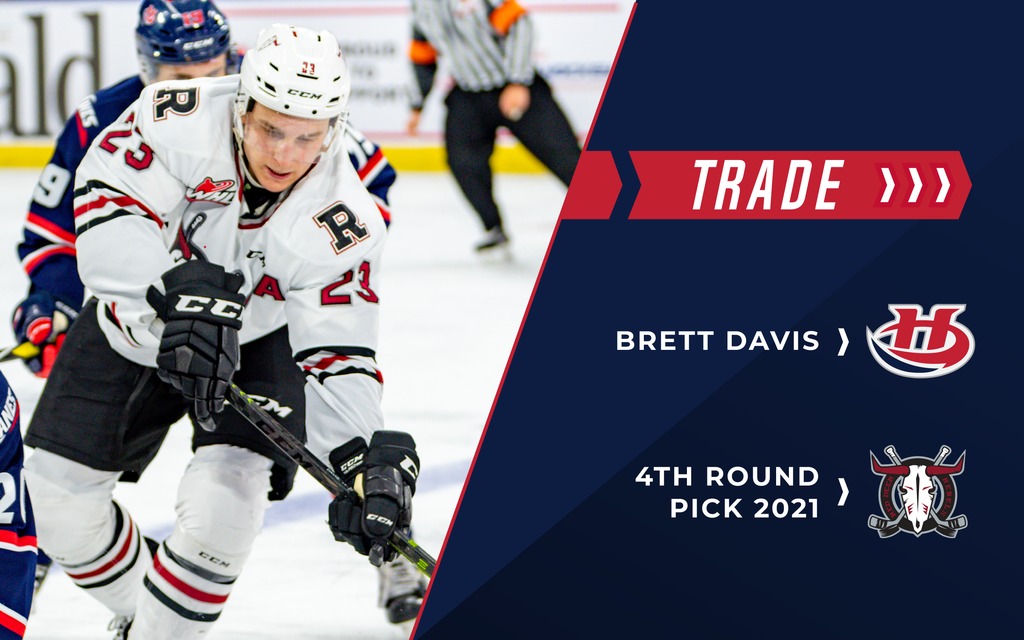 Lethbridge, AB – The Lethbridge Hurricanes Hockey Club announced Monday the acquisition of overage forward Brett Davis from the Red Deer Rebels in exchange for a fourth round draft pick in the 2021 Western Hockey League Bantam Draft.

Davis, 20, was originally drafted by the Hurricanes in the fourth round (79th overall) in the 2014 WHL Bantam Draft. In his prior stint with the ‘Canes, the product of Oakbank, Manitoba, appeared in 85 regular season games collecting 21 points (12g-9a) and 21 penalty minutes. Davis has appeared in 289 regular season games in the WHL with the Hurricanes, Kootenay Ice and Red Deer Rebels totaling 175 points (77g-98a) and 108 penalty minutes.

So far this season, the 6’2, 192-pound forward who was drafted by the Dallas Stars in the sixth round (163rd overall) in the 2017 National Hockey League Entry Draft, has skated in 37 games with the Rebels registering 24 points (9g-15a) along with 17 penalty minutes.

With the addition of the Davis, the Hurricanes have placed overage forward D-Jay Jerome on WHL waivers. Jerome, 20, skated in 40 games this season collecting 28 points (14g-14a) along with 34 penalty minutes with the Hurricanes.

The Hurricanes return to action on Friday, January 10th when they visit the Calgary Hitmen at Scotiabank Saddledome at 7:00pm. The ‘Canes will be back at the ENMAX Centre on Saturday, January 11th as they welcome the Swift Current Broncos at 7:00pm. Tickets are available by calling 403-329-SEAT (7328), online at www.enmaxcentre.ca, or by visiting the ENMAX Centre or Yates Memorial Theatre Ticket Centre.