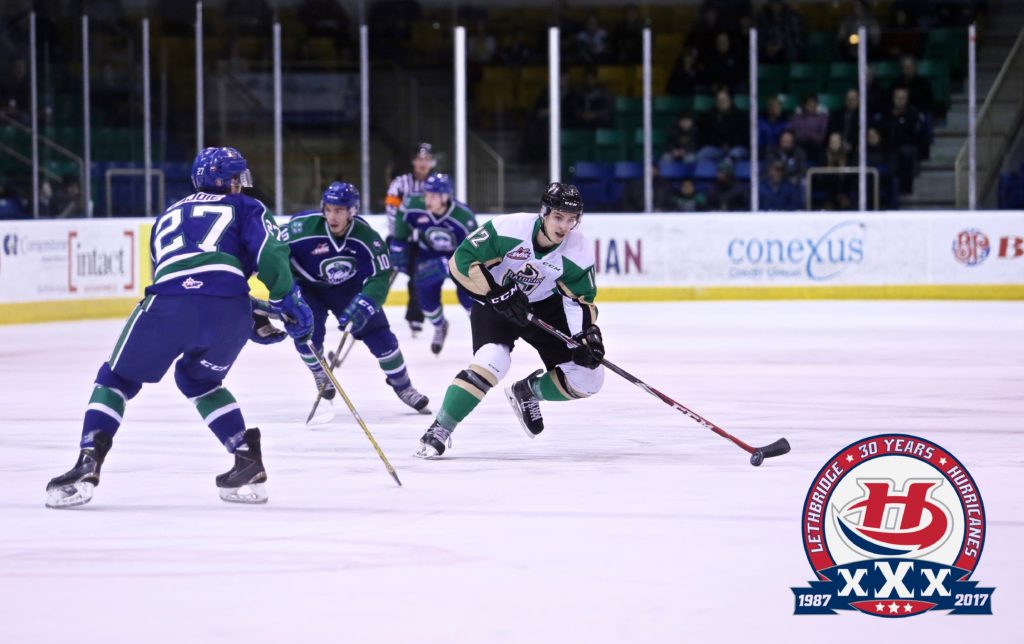 Lethbridge, AB – The Lethbridge Hurricanes Hockey Club announced Sunday that they have acquired defenseman Brennan Riddle from the Prince Albert Raiders in exchange for a draft pick in the 2018 Western Hockey League Bantam Draft.

Riddle, 19, has appeared in 111 WHL games, all with the Raiders, where he has registered ten assists with 76 penalty minutes. In 50 games during the 2015-2016 season, the Balgonie, Saskatchewan product registered four helpers with a plus-6 rating and 48 penalty minutes. He appeared in two post-season contests with Prince Albert going pointless.

The 6’2, 190-pound defenseman was a first round selection (17th overall) in the 2012 Bantam Draft by the Calgary Hitmen. Riddle played his midget hockey with the Tisdale Trojans in the Saskatchewan Midget Hockey League from 2012 to 2014 where he dressed in 74 games over two season registering 27 points (6g-21a) with 88 penalty minutes.

The Hurricanes are currently carrying 25 players including: two goaltenders, eight defenseman and 15 forwards.

The Hurricanes host the Kelowna Rockets on Wednesday. Tickets are available online, by calling 403-329-SEAT (7328) or by visiting the ENMAX Centre and Yates Ticket Centre’s.