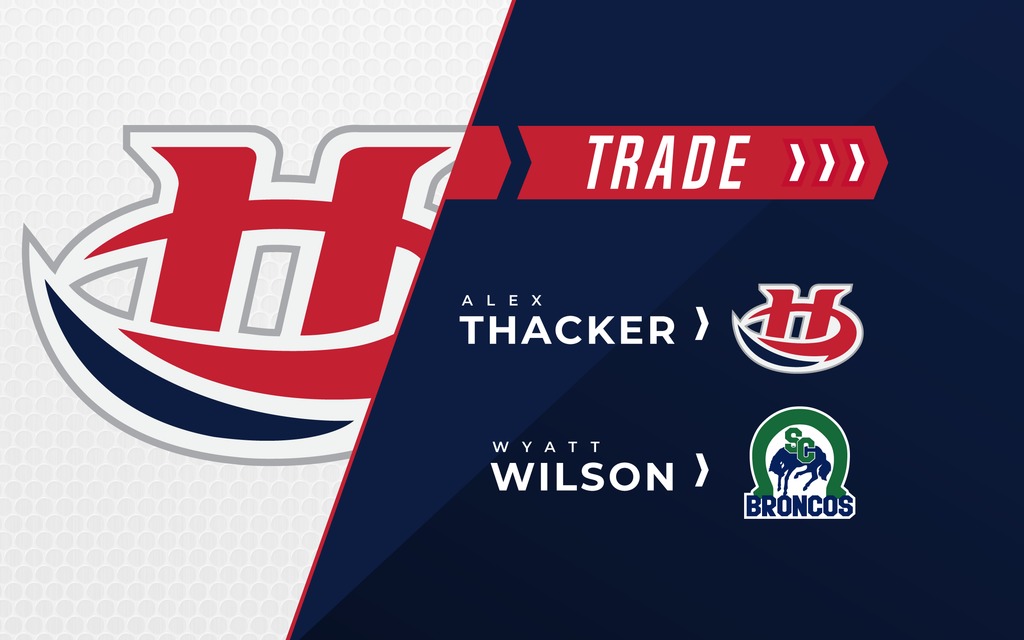 Thacker, 17, was originally drafted by the Broncos in the sixth round (117th overall) in the 2017 Western Hockey League Bantam Draft. In 34-games during the 2018-2019 regular season with the Fort Saskatchewan Rangers, Thacker registered 37 points (10g-27a) along with 10 penalty minutes. He added seven points (1g-6a) in eight post-season games.

The product of Fort Saskatchewan, Alberta product also appeared in four games with the Whitecourt Wolverines of the Alberta Junior Hockey League collecting one assist while dressing in two games with the Broncos. In two seasons with the Rangers Midget-AAA team, the 5’11”, 180-pound left-winger collected 74 points (27g-47a) in 68 games.