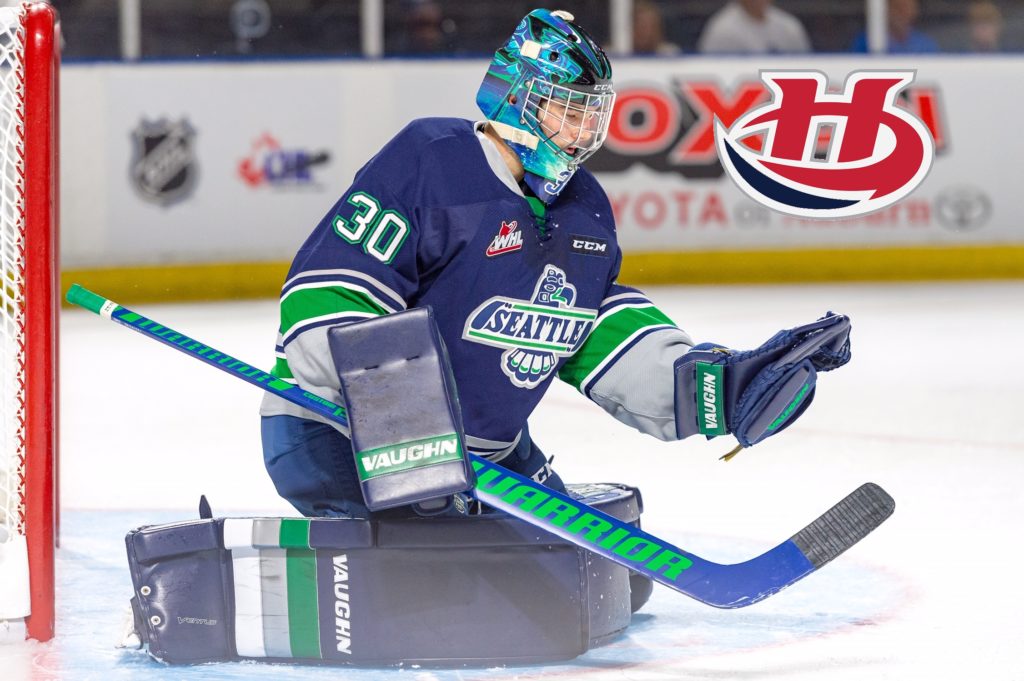 Lethbridge, AB – The Lethbridge Hurricanes Hockey Club announced Tuesday that they have acquired goaltender Liam Hughes and an eighth round draft pick in the 2019 Western Hockey League Bantam Draft from the Seattle Thunderbirds in exchange for forward Keltie Jeri-Leon, prospect Michael Horon and a fourth round draft pick in 2019.

Hughes, 19, was originally drafted by the Edmonton Oil Kings in the seventh round, 152nd overall in the 2014 Bantam Draft. The product of Kelowna, BC has appeared in 29 games this season with the Thunderbirds posting a 10-16-3-0 record with a 3.67 goals against average (GAA) and an .899 save percentage (SV%).

Jeri-Leon, 18, also from Kelowna was acquired by the Hurricanes at the WHL Trade Deadline in 2018. He appeared in 61 career regular season games with the Hurricanes collecting 26 points (12g-14a) along with 19 penalty minutes. So far this season, he has recorded 14 points (5g-9a) with 11 penalty minutes in 30 games.

Horon, 17, is from Lethbridge and is currently playing for the Midget AAA Hurricanes. The former draft pick of the Everett Silvertips leads the Alberta Midget Hockey League in scoring with 50 points (25g-25a) and 34 penalty minutes in just 21 games.

With the trade, the Hurricanes now have 22 players on their roster, including 12 forwards, seven defenseman and three goaltenders.

The Hurricanes will begin their 2019 portion of the regular season schedule on Wednesday when they travel to Red Deer to face the Rebels before returning to the ENMAX Centre on Friday when they welcome the Vancouver Giants. Tickets for Friday’s game can be purchased online at www.enmaxcentre.ca, by calling 403-329-SEAT (7328) or by visiting the ENMAX Centre or Yates Ticket Centre’s.