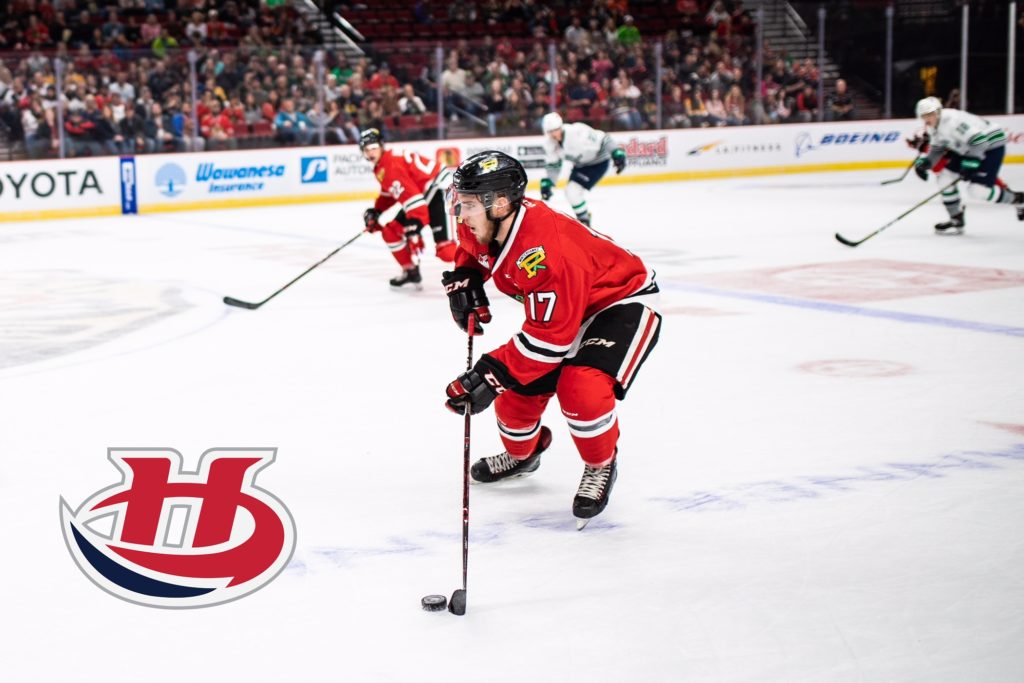 Lethbridge, AB – The Lethbridge Hurricanes Hockey Club announced Wednesday that they have acquired 2000-born forward Ty Kolle from the Portland Winterhawks in exchange for a fifth round draft pick in the 2019 Western Hockey League Bantam Draft.

Kolle, 18, was originally drafted by the Winterhawks in the fourth round (70th overall) in the 2015 Western Hockey League Bantam Draft. The Kamloops, BC product appeared in 60 games during the 2017-2018 season with Portland registering 14 points (7g-7a) along with 54 penalty minutes. The 5’8, 178-pounder has skated in four games this season collecting one assist and four penalty minutes. In 77 career regular season games, Kolle has totaled 18 points (7g-11a) and 70 penalty minutes.

The Hurricanes return to the ENMAX Centre this Friday, October 5th as they begin a three-game home stand when they welcome the Prince Albert Raiders. Tickets for the game can be purchased online, by calling 403-329-SEAT (7328) or by visiting the ENMAX Centre or Yates Ticket Centre’s.