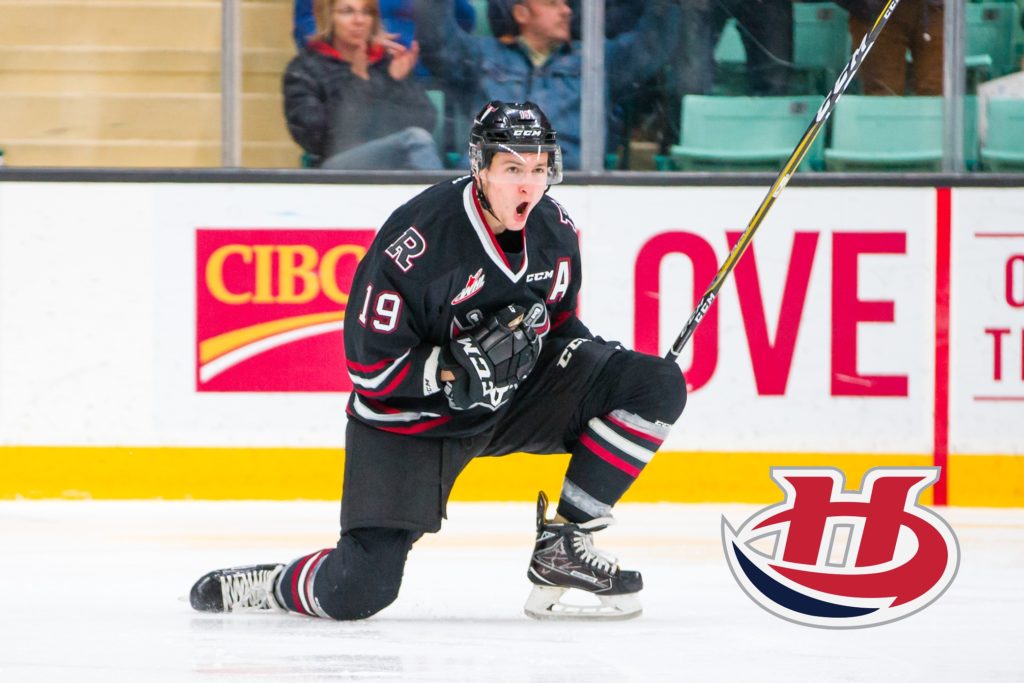 Lethbridge, AB – The Lethbridge Hurricanes Hockey Club announced Friday following their game against the Edmonton Oil Kings that they have acquired 19-year-old forward Lane Zablocki from the Red Deer Rebels in exchange for 17-year-old forward Josh Tarzwell, a second round draft pick in the 2019 Western Hockey League Bantam Draft and a conditional third round pick in 2020.

Zablocki, 19, was originally drafted by the Prince George Cougars in the fifth round (109th overall) in the 2013 WHL Bantam Draft. The product of Wetaskiwin, Alberta was selected in the third round (79th overall) by the Detroit Red Wings in the 2017 National Hockey League Entry Draft.

So far this season, Zablocki has suited up in 31 games for the Rebels collecting 19 points (9g-10a) along with 49 penalty minutes. Last year, he split time with the Rebels and Regina Pats skating in 64 games in total registering 54 points (28g-26a) along with 97 penalty minutes and a plus-13 rating. He added another eight points (6g-2a) and 20 penalty minutes in the first round playoff match-up against the Hurricanes.

“The injury to Vandervlis pushed this on a little bit further. We saw what Zablocki could do in the playoffs against us in the playoffs with his experience. He’s a quality player and I think any time you have a chance to add that kind of quality, you have to give it a look,” said Hurricanes General Manager Peter Anholt. “It’s hard to give up Tarzwell. He’s been a soldier here and he was one of the first guys to sign since I’ve been here and he’s continued to get better and better.”