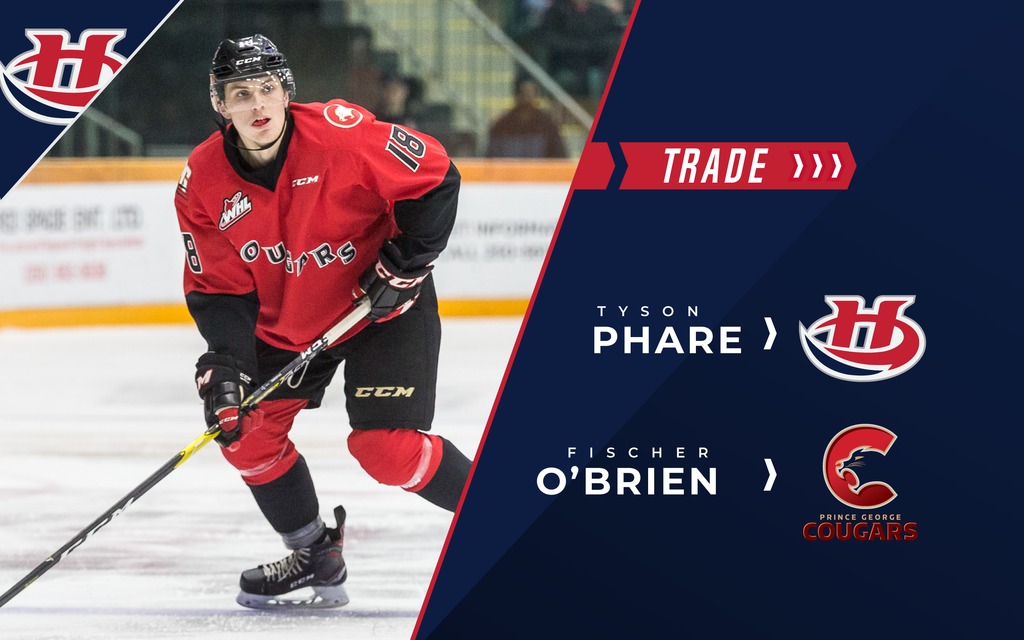 Phare, 17, was originally drafted by the Cougars 18th overall in the 2017 WHL Bantam Draft. The Maple Ridge, BC, product has skated in 16 career games with the Cougars being held pointless while posting a plus-1 rating with two penalty minutes.

The forward/defenseman skated in eight games with the Delta Hockey Academy Prep during the 2018-2019 regular season collecting 10 points (1g-9a) along with 10 penalty minutes while going pointless in three post-season games. He also appeared in two games with the Ridge Meadows Flames in the Pacific Junior Hockey League.

O’Brien, 16, was selected by the Hurricanes in the fifth round (98th overall) in the 2016 Bantam Draft. O’Brien, who is unsigned is a product of Prince George and appeared in 40 games with the Cariboo Cougars of the BC Major Midget League collecting seven points (2g-5a) along with six penalty minutes.