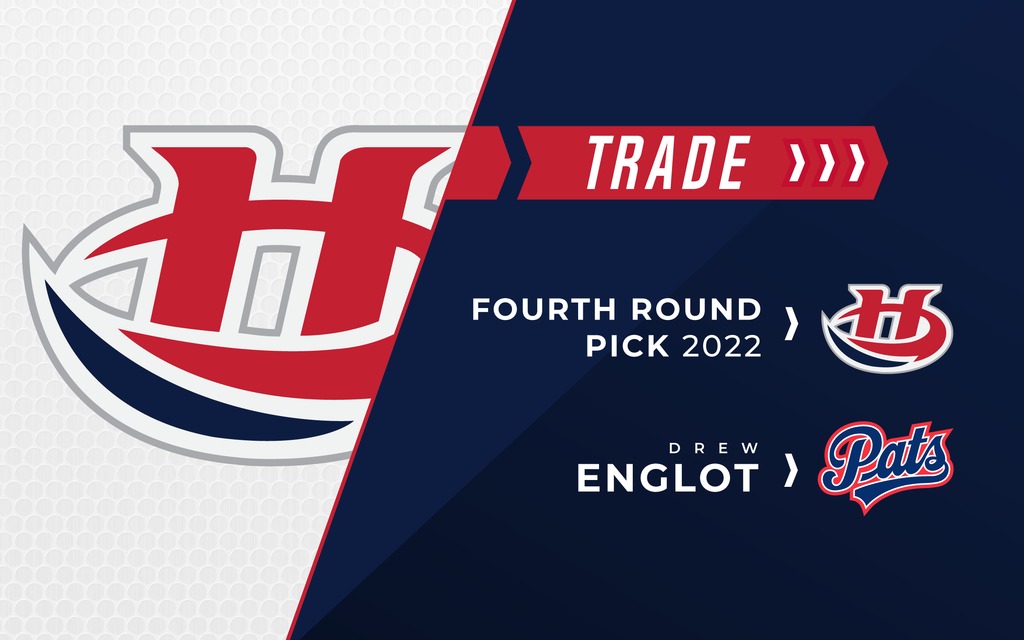 Lethbridge, AB – The Lethbridge Hurricanes Hockey Club announced Monday that they have acquired a fourth round draft pick in the 2022 Western Hockey League Bantam Draft from the Regina Pats in exchange for prospect forward Drew Englot.

The Hurricanes acquire their own fourth round selection that was previously traded to the Pats in November in the Jake Leschyshyn and Nick Henry trade.

Englot, 16, was originally selected by the Hurricanes in fourth round (76th overall) in the 2017 WHL Bantam Draft.