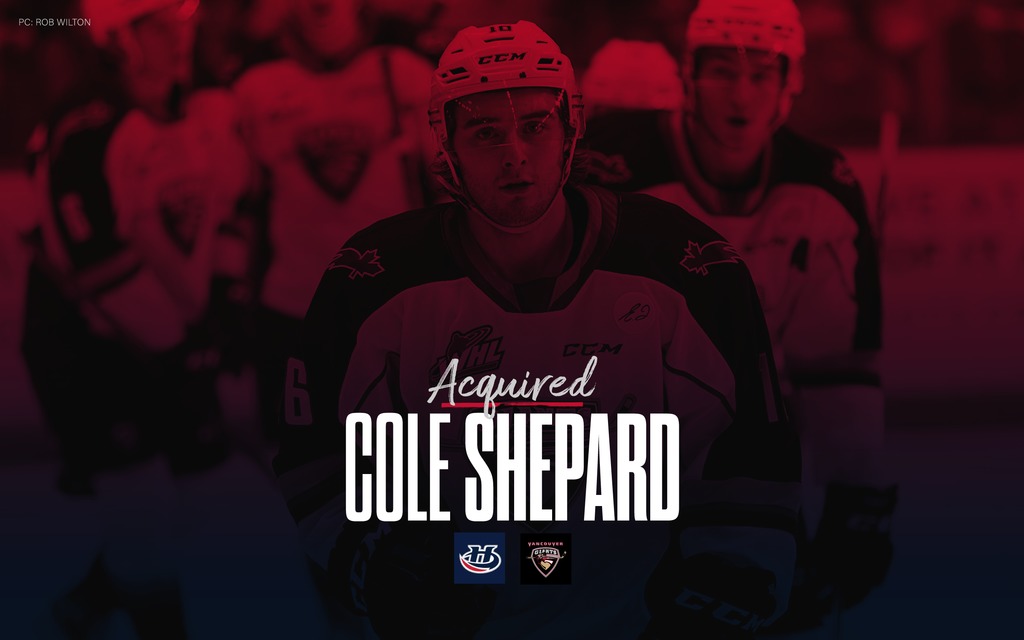 Shepard, 20, was originally drafted in the second-round (33rd overall) by Vancouver in the 2017 WHL Draft. The West Vancouver, BC, product has appeared in 78 career games with the Giants totaling 49 points (18g-31a) and 28 penalty minutes over two seasons. The 5’10, 170-pound forward recorded 20 points (7g-13a) and 12 penalty minutes in 28 games in the 2021-2022 regular season while adding one assist in three post-season games last year for the Giants.

“We’re excited to add Cole to our group,” said Hurricanes General Manager Peter Anholt. “He is a legitimate top-6 forward and we expect him to bring something to our group offensively.”

The overage forward is currently attending the Vancouver Canucks Main Camp. Shepard appeared in two games for the Canucks during their Rookie Camp in Penticton, BC, at the Young Stars Tournament. Shepard is the younger brother of former Hurricanes forward Jackson Shepard who spent the 2018-2019 season with the ‘Canes.

The Hurricanes open the WHL Regular Season on Saturday when they visit the Medicine Hat Tigers at 7:00pm. The ‘Canes will welcome the Tigers in the Dairy Queen Home Opener on Friday, September 30th at the ENMAX Centre. Tickets can be purchased by visiting the ENMAX Centre Ticket Centre, the Yates Memorial Theatre Ticket Centre, by calling 403-329-SEAT (7328) or online at www.lethbridgehurricanes.com.