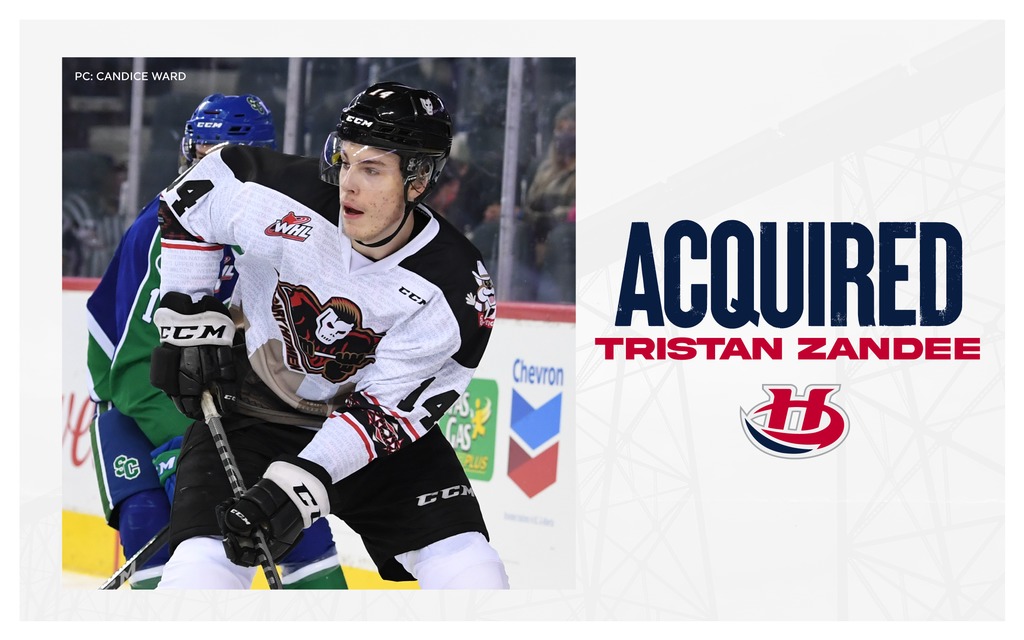 Zandee, 18, was originally a second-round pick (36th overall) in the 2018 WHL Draft by the Hitmen. The product of Airdrie, Alberta has skated in 15 games this season with Calgary totaling three points (1g-2a) along with 13 penalty minutes and a plus-1 rating. The left-shot forward has appeared 36 career WHL games collecting 12 points (2g-10a) and 21 penalty minutes.

The 6’3, 200-pound forward spent his 16-year-old season with the Canmore Eagles of the Alberta Junior Hockey League where he registered 25 points (12g-13a) and 65 penalty minutes. Zandee spent his WHL draft season with the Airdrie Xtreme U15 AAA where he had 48 points, along with 15 goals, in 36 games finishing second in team scoring.

The Hurricanes have also re-assigned 2003-born forward Rhys Raeside to the Portage Terriors of the Manitoba Junior Hockey League. Raeside collected one assist along with seven penalty minutes in 12 games with the ‘Canes this season.