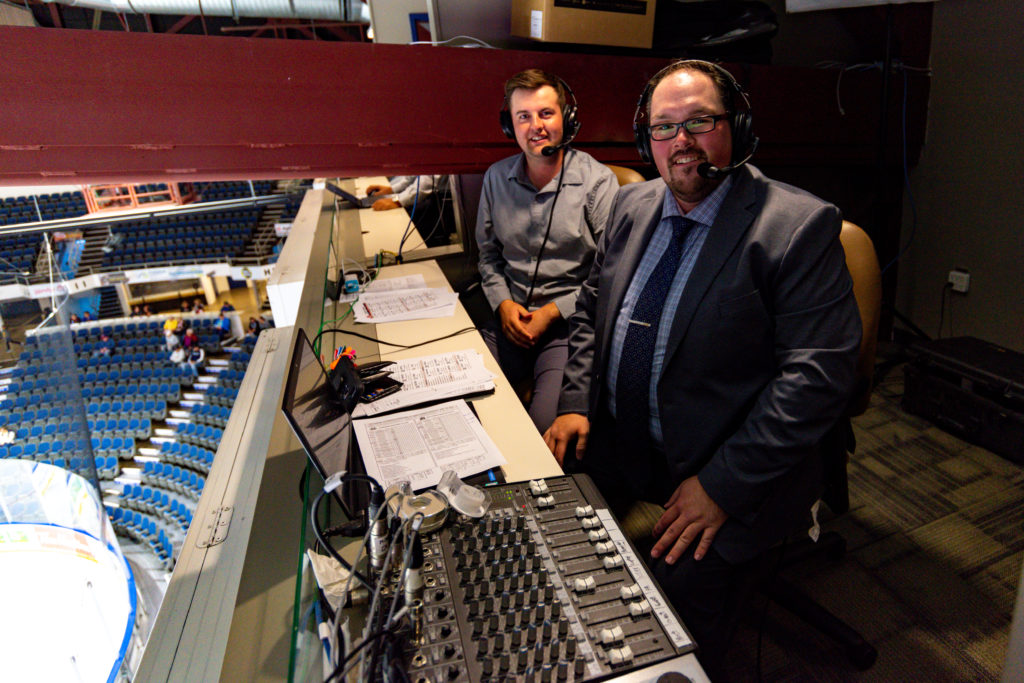 O’Donnell, 26, was raised in Lethbridge having attended that Catholic Central High School. For the last seven seasons, he has served as the play-by-play broadcaster for the University of Lethbridge Men’s Pronghorns team on Canadawest.tv. In March of 2019, he served as the lead broadcaster for their 2019 U-Sports National Men’s University Cup Championship at the ENMAX Centre.

“I’m thrilled to be the new colour commentator,” said O’Donnell. “Ever since I was 3 or 4 years old my dad has taken me to Lethbridge Hurricanes games, so it’s a great opportunity and this is a dream job for me. I always wanted to be a Hurricane as a player, but once I realized I could barely skate, broadcasting was the go-to option and I’m really looking forward to the season.”

The 26-year-old also served as a back-up colour commentator for the Hurricanes during the 2014-15 and 2015-16 seasons calling games alongside ‘Canes play-by-play broadcaster Dustin Forbes on 106.7 ROCK, who enters his sixth season as the voice of the Hurricanes.

“I’m looking forward to working with Ryan this season,” said Forbes. “His passion for the game of hockey and the Lethbridge Hurricanes is undeniable. He is well-schooled on the Hurricanes, the Western Hockey League and hockey at all levels and I believe that will be a great complement to the successful broadcast we’ve been able to establish over the last five years.”

O’Donnell will join Forbes for the 2019-20 season beginning with the Dairy Queen Home Opener this Friday, September 20th when the Hurricanes welcome the Medicine Hat Tigers at the ENMAX Centre.

Tickets for the home opener are still available and can be purchased by calling 403-329-SEAT (7328), online at www.enmaxcentre.ca or in person at the ENMAX Centre Ticket Centre or the Yates Memorial Theatre Ticket Centre