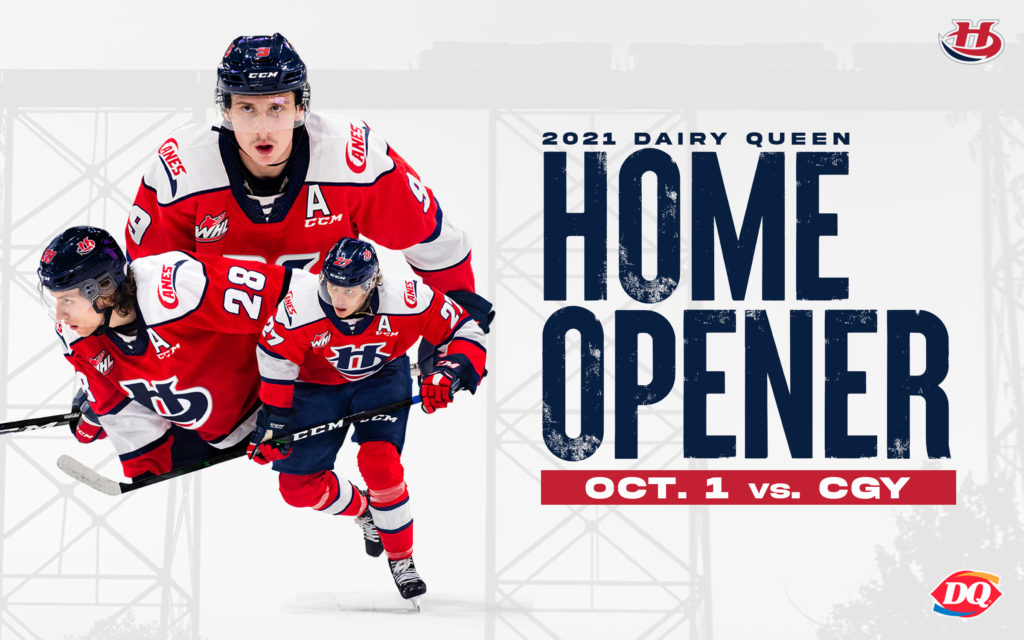 LETHBRIDGE, AB – The Lethbridge Hurricanes Hockey Club, in conjunction with the Western Hockey League, have announced the Dairy Queen Home Opener for the 2021-2022 regular season which will take place on Friday, October 1st when they welcome the Calgary Hitmen to the ENMAX Centre.

It will be just the fifth time in franchise history that the Hurricanes will open a regular season against the Hitmen, with just one of those games having been played in Lethbridge. The ‘Canes opened the 2002-2003 season with a 6-2 win against the Hitmen on September 20th, 2002 at the ENMAX Centre.

The WHL announced earlier this week that the league will conduct a full 68-game regular season for the 2021-2022 campaign and will begin October 1st with an expected full-capacity, fan-friendly and safe environment throughout all WHL markets.

Further details on a full home and road schedule as well as training camp and exhibition dates will be announced at a later date. Season tickets are now available for purchase and renewal, the loyalty price deadline for season ticket renewals is Monday, July 5th at 4PM. Season tickets can be purchased and renewed directly on the ENMAX Centre’s website at www.enmaxcentre.ca.