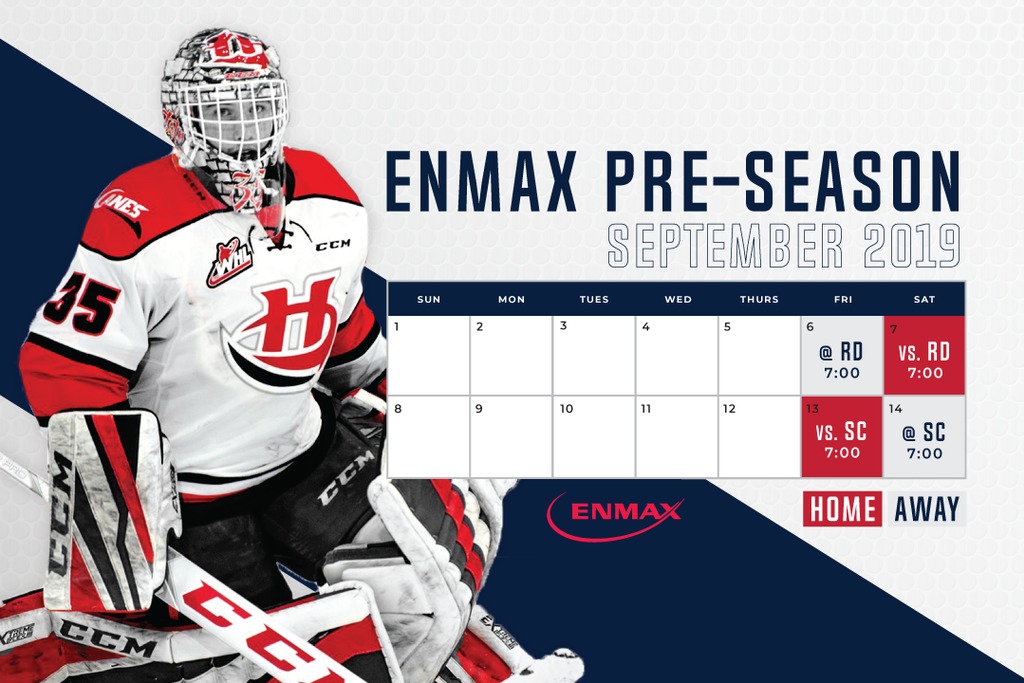 Lethbridge, AB – The Lethbridge Hurricanes Hockey Club, in conjunction with the Western Hockey League, have announced the 2019 ENMAX Pre-Season Schedule.

The Hurricanes will play a total of four games in the exhibition schedule. The ‘Canes will face the Red Deer Rebels in a home-and-home set while also facing new Central Division opponent Swift Current Broncos with a home-and-home set following the team’s Training Camp which is slated to begin August 28th.

Both of the Hurricanes home games in the ENMAX Pre-Season will be played at the ENMAX Centre, here is the full exhibition schedule:

The full 2019-2020 regular season schedule will be released at a later date.