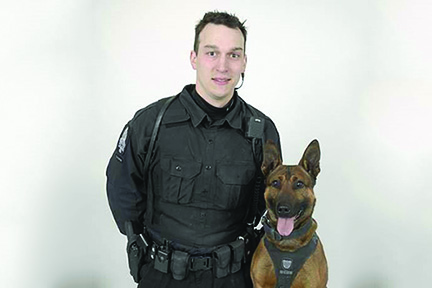 DeMone joins the team for the 2013-2014 season to advise the players on such things as drugs, alcohol, gambling, hazing, social media use and other community issues that affect the players.

He has experience playing hockey in the WHL, in the CWUAA for the University of Lethbridge Pronghorns, and at the minor pro level.  He was a ninth round draft choice of the Ottawa Senators in the 2000 NHL entry draft and played part of the 2005-2006 season with the AHL’s Manitoba Moose.

After completing his hockey career, the University of Lethbridge alum decided to pursue a career in policing. He is a five year veteran of the Lethbridge Regional Police Service and is currently serving in the Canine Unit.

“Cst. DeMone is a valuable addition to the team,” said Hurricanes General Manager Brad Robson. “With his experience policing, as well as playing in the WHL and pro, he will be able to give players guidance on the pressures that come with playing hockey at this level.”

Cst. DeMone will be attending games and practices with the team throughout the season.