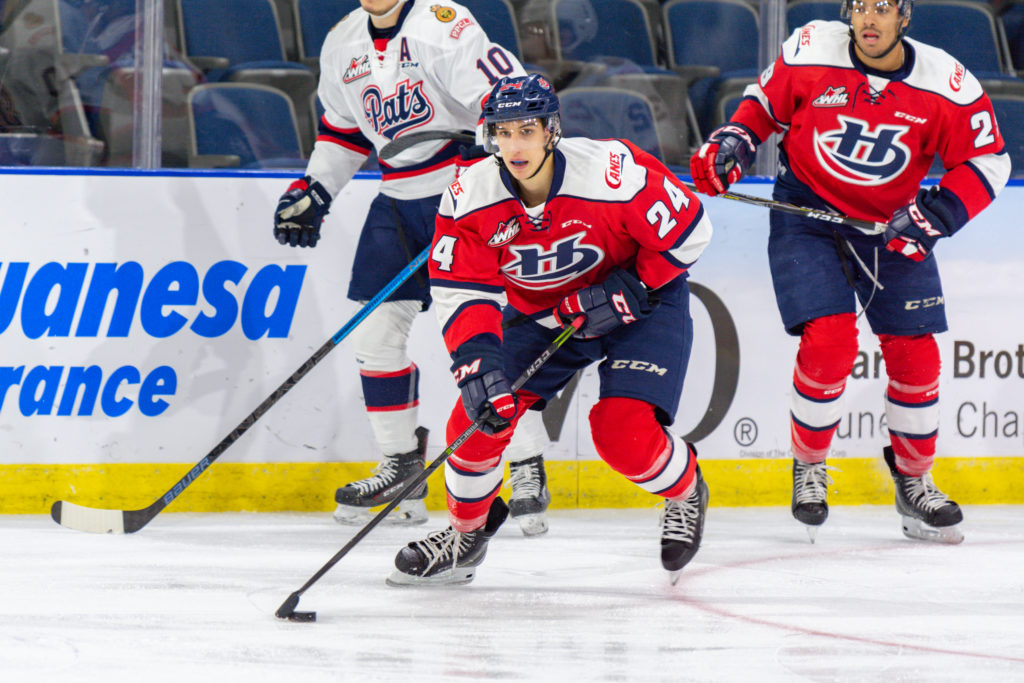 Regina, SK – The Lethbridge Hurricanes ended a three-in-three weekend on Sunday with a 5-4 victory in Regina against the Pats at the Brandt Centre.

The Hurricanes fell behind early in the game as the Pats banked home his first of the season just 1:09 into the first period to make it 1-0 Regina. Lethbridge equalized as Ty Prefontaine had a point-shot deflect off a Pats defender and past Matthew Kieper to make it 1-1. Just 16 seconds later, Dylan Cozens scored his seventh of the season to put Lethbridge ahead 2-1. A power play goal by Austin Pratt once again tied the game but Oliver Okuliar gave the Hurricanes the lead with his third of the season at the 18:11 mark. Regina outshot Lethbridge 10-9 in the first period.

The two teams traded chances in the third period, including power play opportunities both ways, but neither team was able to find the net as the Hurricanes steered home the 5-4 victory. The Hurricanes were outshot by the Pats 26-24 on the night. Lethbridge went 0/4 on the power play and 5/8 on the penalty kill.

The win for the Hurricanes ends a two-game losing streak and improves their record to 3-2-0-0 on the road this season and 1-2-0-0 in the three games so far on their road trip. The ‘Canes overall record improves to 4-4-0-1 on the campaign.

The Hurricanes wrap up their four-game road trip on Tuesday when they visit the Moose Jaw Warriors at Mosaic Place at 7:00pm. ‘Canes will be back at the ENMAX Centre on Friday, October 18th when they host the Regina Pats. Tickets can be purchased online at www.enmaxcentre.ca, by calling 403-329-SEAT (7328) or by visiting the ENMAX Centre Ticket Centre.