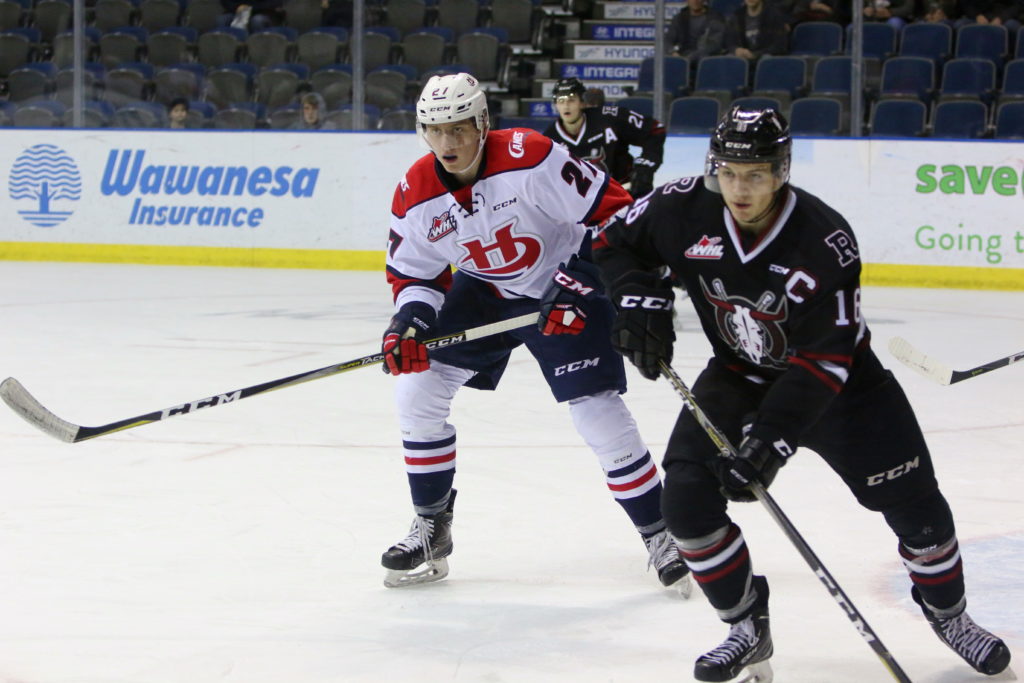 Red Deer, AB – The Lethbridge Hurricanes extended their winning streak to five straight games with a 4-3 victory on Tuesday against the Red Deer Rebels at Westerner Park Centrium.

The Hurricanes and Rebels traded chances early as it was continuous action without a whistle until after the four-minute mark in the game. Lethbridge opened the scoring on a power play at the 12:12 mark when Koletrane Wilson beat a screened Ethan Anders to make it 1-0; Logan Barlage and D-Jay Jerome picked up the assists on the goal. The Rebels pushed back, but Bryan Thomson was strong in net stopping all 11 Red Deer shots in the opening frame.

The Rebels pulled to within a goal early in the third period as Smith redirected a Mason Ward point shot through the legs of Thomson to make it a 4-3 game just 6:17 into the period. Red Deer pushed the rest of the way, including pulling their goaltender late, but could not tie the game as the ‘Canes hung on to the 4-3 win.

Lethbridge was outshot 29-27 in the game. The Hurricanes were 3/4 on the power play while the Rebels went 2/5 with the extra man.

The win for the Hurricanes extends their season-long winning streak to five straight games while improving their road record to 5-2-0-0 on the year. The victory also improves their ‘Canes overall record to 8-4-0-1 on the season.

The return to the ENMAX Centre for a pair of weekend games against the Brandon Wheat Kings on Friday and the Medicine Hat Tigers on Saturday. Tickets can be purchased online at www.enmaxcentre.ca, by calling 403-329-SEAT (7328) or by visiting the ENMAX Centre Ticket Centre.