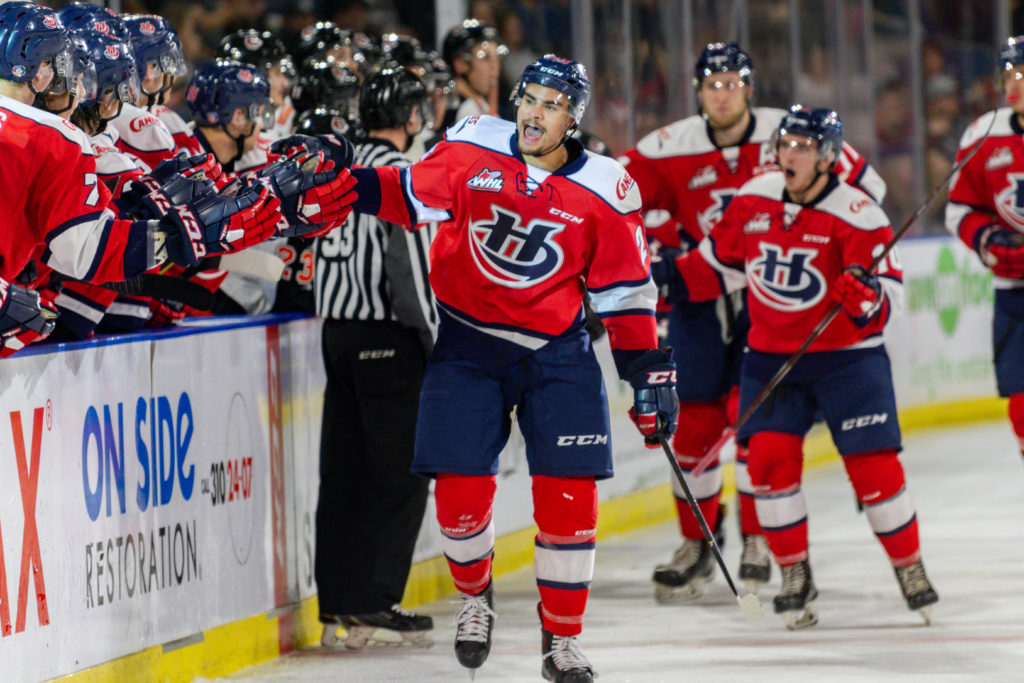 Lethbridge, AB – The Lethbridge Hurricanes returned to the ENMAX Centre on Saturday as they welcomed the Medicine Hat Tigers and earned an 8-3 victory in front of 3,688 fans.

The ‘Canes had a slow start to the game as they were handed a pair of early penalties, including one just three seconds into the game by Jordy Bellerive, but despite some early chances the Tigers weren’t able to beat Reece Klassen who stopped all 14 shots he faced in the first period. Lethbridge opened the scoring at the 15:40 mark with a power play goal of their own as Ty Kolle one-timed one by Jordan Hollett to make it 1-0 ‘Canes – Jackson Shepard and Jadon Joseph earned the assists on the goal as Joseph extends his point scoring streak to six games. The Hurricanes added to their lead as Nolan Jones beat a screened Hollett for his first goal in the WHL with 1:53 left in the opening frame; Kolle and Koletrane Wilson earned the assists as the ‘Canes led 2-0 after twenty minutes of play.

The Tigers struck early in the second period to cut the ‘Canes lead in half as Ryan Jevne snapped one by Klassen to make it 2-1 just 54 seconds into the middle frame. The Tigers tied the game just four minutes later as Elijah Brown had the puck go off his stick and into the net to make it a 2-2 game. With under a minute left in the second period the Tigers pulled ahead as Tyler Preziuso dumped one in on Klassen and went off the goaltenders stick and into the net to make it 3-2 Medicine Hat. Tigers held the edge in shots 16-10 in the middle period.