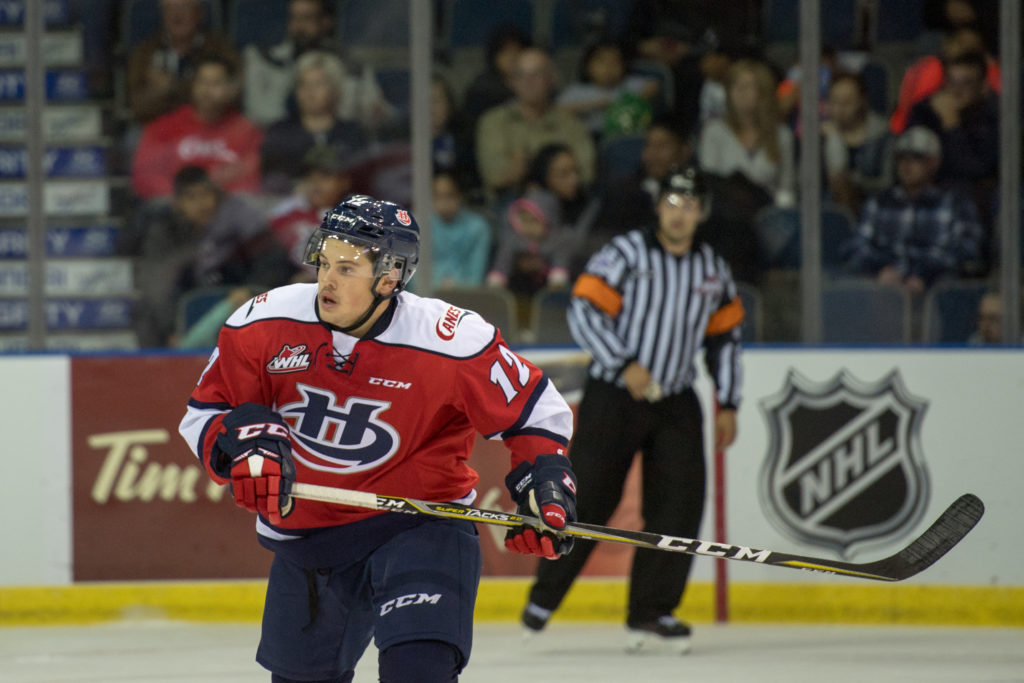 Lethbridge, AB – The Lethbridge Hurricanes Hockey Club announced Thursday that they have traded overage forward Jack Flaman to the Red Deer Rebels in exchange for the overage transfer fee.

Flaman, 20, was added by the Hurricanes after he was released by the Vancouver Giants. The product of Vibank, Saskatchewan appeared in seven games with the ‘Canes collecting six points (4g-2a) along with eight penalty minutes. He also added his first WHL hat-trick in his second game with the ‘Canes against the Edmonton Oil Kings.

“It was a tough decision to trade Jack. He made decisions hard, but we feel with having the two overagers on the back-end makes us a little bit harder to play against and score against,” said Hurricanes General Manager Peter Anholt. “We’re happy to be able to have Jack stay in the league, albeit within our division, and we wish him all the best.”

The decision leaves the Hurricanes with the mandatory three overage players: Giorgio Estephan, Tate Olson and Brennan Riddle. The ‘Canes have a total of 24 players on the roster including: 15 forwards, seven defenseman and two goaltenders.

The ‘Canes return to action on Friday when they welcome the Calgary Hitmen at the ENMAX Centre at 7:00pm on ‘WHL Suits Up with Don Cherry to Promote Organ Donation – Presented by RE/MAX Night’. The Hurricanes will be wearing special Don Cherry themed jerseys while the first 1,000 fans through the doors will receive Don Cherry bobbleheads.

The Hurricanes also host the Seattle Thunderbirds on Sunday at 6:00pm in the annual Halloween Howler, presented by B93. There will be trick-or-treat locations for kids, a haunted house as well as prizes for best dressed. In addition, there will be a post-game “Skate With the ‘Canes” following the game.

Tickets for both weekend games are available online, by calling 403-329-SEAT (7328) or by visiting the ENMAX Centre Ticket Centre.