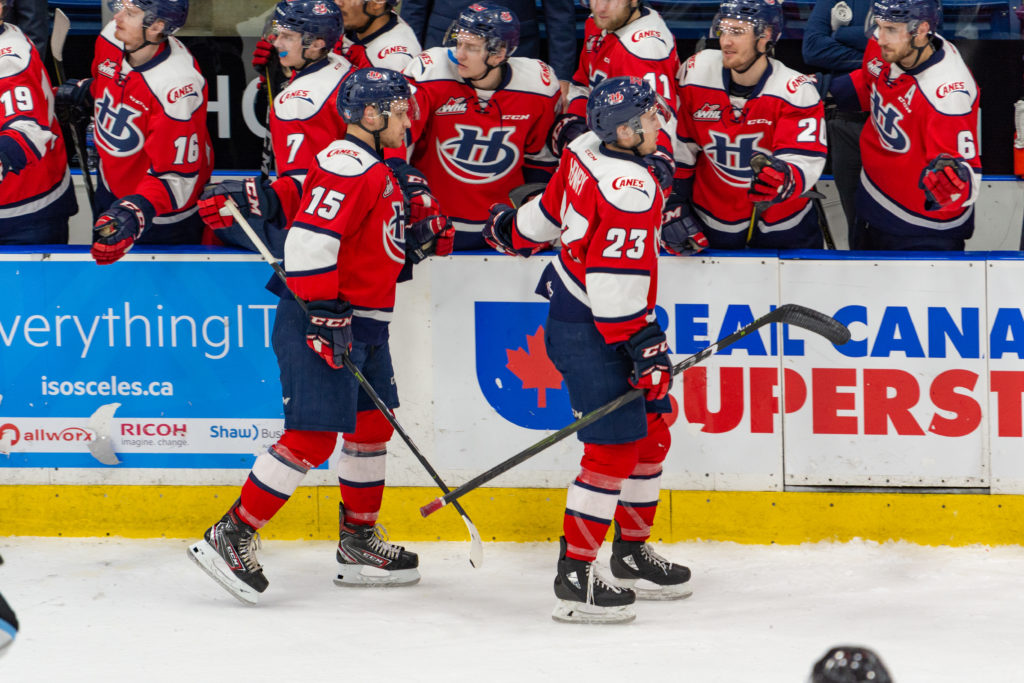 Cranbrook, BC – The Lethbridge Hurricanes made their final ever trip to Cranbrook on Monday and earned a 5-2 victory over the Kootenay Ice at Western Financial Place.

The Hurricanes had a strong first period as they set the pace high early in the game. Lethbridge outshot the Ice 19-9 in the opening frame but overage netminder Curtis Meger was strong stopping ever Hurricane shot. The ‘Canes were assessed a penalty shot after a Kootenay defenseman closed his hand on the puck in the crease but Dylan Cozens was unable to open the scoring. The Ice struck first with 2:32 left in the period as Jaeger White intercepted a pass and outwaited Bryan Thomson to give Kootenay the 1-0 lead after twenty minutes of play.

Lethbridge continued to pepper Meger in the second period as they directed 20 shots on goal in the middle frame; Kootenay had 14. The Ice added to their lead as Davis Murray tipped one by Thomson to make it 2-0 just 2:37 into the period; that was the end of the night of Thomson who was replaced by Carl Tetachuk. The ‘Canes got on the board as Cozens ended a 10-game goalless drought with a shorthanded tally at the 11:07 mark to make it 2-1 Kootenay; Jake Elmer and Danila Palivko earned the assists. The ‘Canes received a five-on-three power play and they made good as Taylor Ross redirected a Jordy Bellerive point shot in to make it 2-2; the assist for Bellerive was his 250th career point. Hurricanes struck again on the power play as Elmer sniped his 29th of the season extending his goal-scoring streak to six straight games giving the ‘Canes a 3-2 lead after forty minutes of play.

In the third period, the Hurricanes added to their lead as Ross tapped home his second goal of the game and 29th of the season on a power play to make it 4-2; Addison and Nick Henry earned the assists on the goal. Henry capped off the scoring with 2:46 left in the game on a tremendous display of skill for his 22nd goal of the year to make it a 5-2 final for the Hurricanes.

Shots in the third period favoured the Hurricanes 10-8 as they outshot Kootenay 49-29 in the game. Lethbridge went 3/5 with the power play and were 7/7 on the penalty kill.

The victory for the Hurricanes swept the season series against the Ice going a perfect 6-0-0-0 this season. Lethbridge finishes with an all-time 65-66-7-2 record against Kootenay along with one tie and was their 29th victory in Cranbrook.

The win for the Hurricanes improved their record to 3-1-0-0 in their last four games as they take two out of three games on the Family Day long weekend. The ‘Canes improved to 30-17-5-5 on the season as they remain second in the Central Division.

The Hurricanes will return to the ENMAX Centre on Friday to begin a home-and-home with the Medicine Hat Tigers at 7:00pm. Tickets can be purchased online at www.enmaxcentre.ca, by calling 403-329-SEAT (7328) or by visiting the ENMAX Centre Ticket Centre. 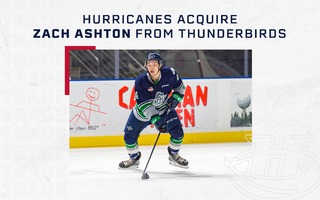