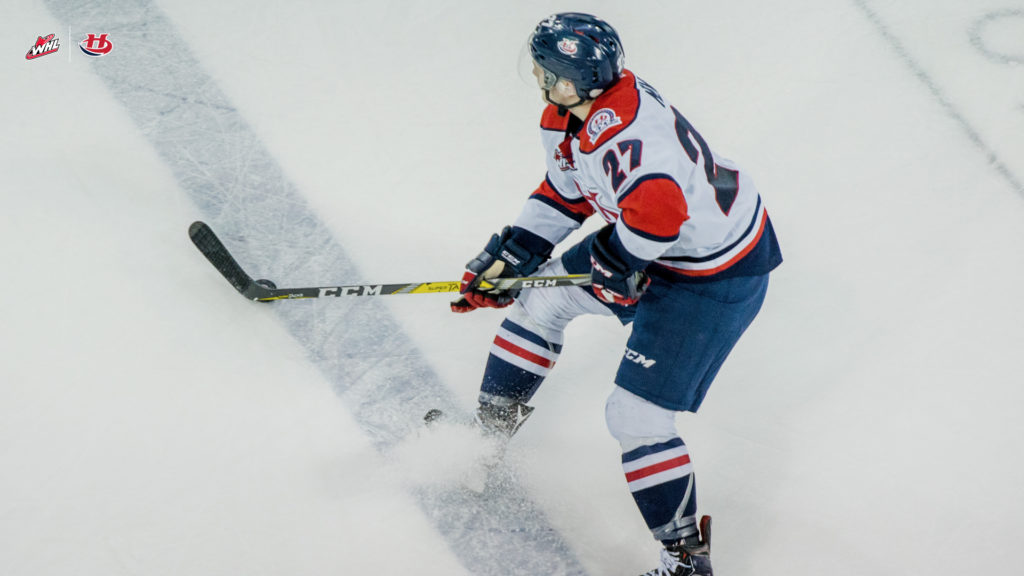 The Woodbury, Minn. native signed a three-year entry-level contract with the National Hockey League’s Minnesota Wild Tuesday as he enters his final year of junior hockey.

Traded to the Hurricanes before the start of the 2016-17 season, Menell had a career year, scoring 12 goals and 71 points in 70 games. Menell was also a critical piece of the Hurricanes’ run to the Eastern Conference Final in 2017, scoring five goals and 17 points in 20 games.

Invited to the Wild’s camp as a free agent, Menell quickly impressed in his time with the team, picking up an assist in his pre-season debut against the Colorado Avalanche on Sept. 23. He also picked up a pair of assists in three games for the Wild at this year’s NHL Traverse City Prospect Tournament.

Menell is the second member of the Hurricanes to earn a professional contract this fall after Jordy Bellerive signed with the Pittsburgh Penguins earlier this month.