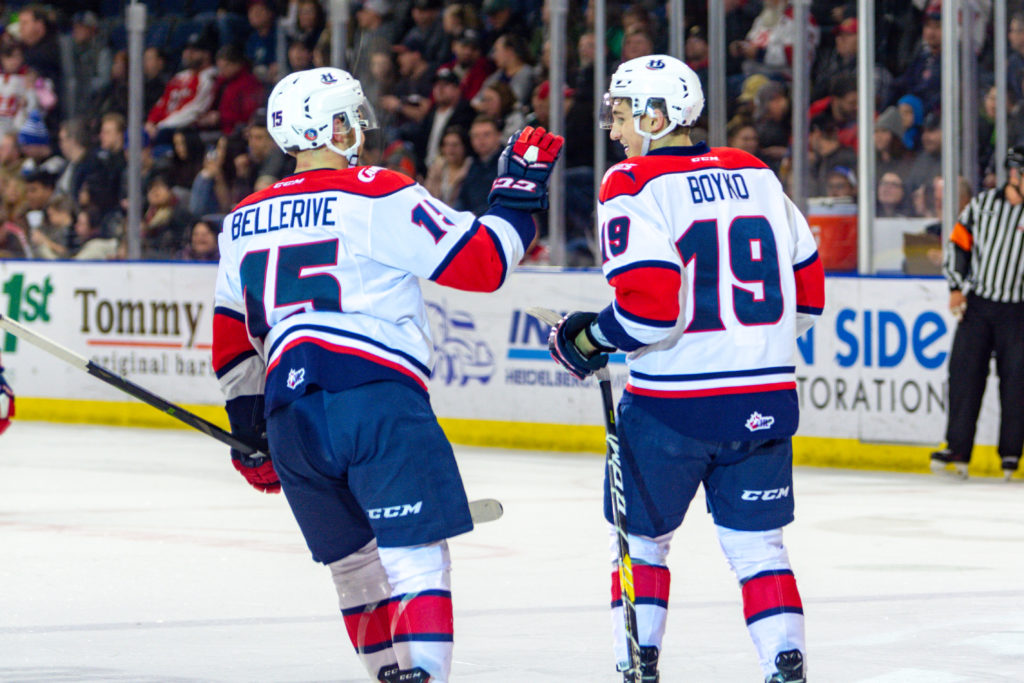 Lethbridge, AB – The Lethbridge Hurricanes continued their season-long six-game homestand on Saturday with a 4-2 victory over the Swift Current Broncos at the ENMAX Centre.

The Hurricanes opened the scoring just 7:03 into the game as Danila Palivko handcuffed the Broncos netminder Riley Lamb on a point-shot while shorthanded to make it 1-0; Logan Barlage and Koletrane Wilson earned the assists. Broncos pulled even on a penalty shot goal by Ethan Regnier to make it 1-1. Lethbridge restored their lead when Jordy Bellerive ripped home his 24th goal of the season at the 15:53 mark; Noah Boyko and Jake Leschyshyn earned the helpers. Boyko ripped home his fifth of the year on a power play with just 32 seconds left in the period to make it 3-1; Bellerive and Igor Merezhko were credited with the assists. Lethbridge outshot Swift Current 15-7 in the first period.

In the second period the Hurricanes outshot the Broncos 13-5 on the shot clock. The ‘Canes added to their lead as Calen Addison scored his eighth goal of the season on a spin-o-rama at the blueline before ripping it by Lamb to make it 4-1; Bellerive and Leschyshyn earned the assists on the goal. Swift Current answered back with a goal on a power play as Connor Horning snapped home his fifth of the season to make it 4-2 Lethbridge after forty minutes.

Neither team would find the back of the net in the third period. The ‘Canes poured it on in the final twenty minutes outshooting the Broncos 17-5 in the period. Addison had the best chance as he ripped one off the crossbar. Swift Current had a late power play but Carl Tetachuk made a huge save on Ethan O’Rourke to preserve the 4-2 final.

The win for the Hurricanes was their second straight victory to start their homestand. The ‘Canes are now 18-7-2-2 in their last 29 games while improving their overall record to 27-15-4-4 on the season.

The Hurricanes will return to action on Tuesday when they welcome the Regina Pats at the ENMAX Centre at 7:00pm. Tickets can be purchased online at www.enmaxcentre.ca, by calling 403-329-SEAT (7328) or by visiting the ENMAX Centre Ticket Centre.