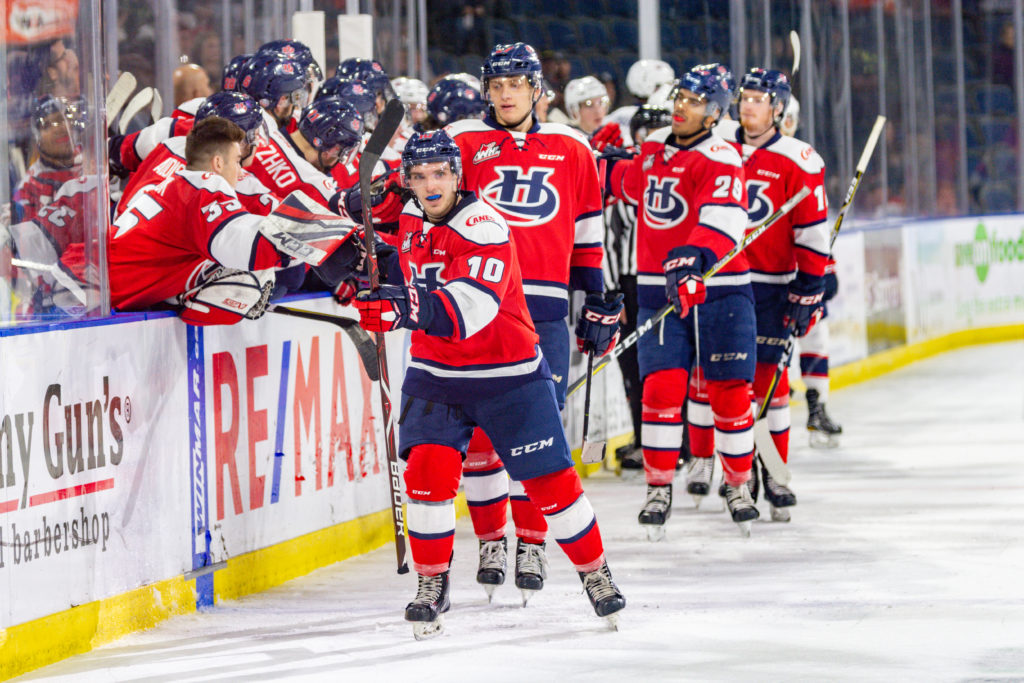 Lethbridge, AB – The Lethbridge Hurricanes played the final of a three-game home stand on Wednesday as they earned a 4-2 victory over the Regina Pats for their first home-ice win of the season.

The Pats struck early in the game as Riley Krane snapped home his first of the season on a Logan Nijhoff shot from the wing to give Regina a 1-0 lead just 1:34 into the game. The ‘Canes responded as Jake Elmer ripped home his fourth goal of the season at the 11:08 mark to tie the game 1-1; Jadon Joseph and Jackson Shepard earned the assists on the goal as the game was tied after twenty minutes of play. Hurricanes were outshot 11-8 in the first period.

The Hurricanes carried the play in the second period outshooting the Pats 17-8. The ‘Canes took the lead on a power play goal by Ty Kolle who snapped home his first of the season and first as a Hurricane to make it 2-1 5:35 into the middle frame; Jordy Bellerive and Igor Merezhko picked up the helpers. Lethbridge made it 3-1 on a goal at the 15:11 mark as Calen Addison’s point shot eluded Max Paddock giving the ‘Canes a two goal lead after forty minutes of play.

In the third period, the Pats pulled back to within one goal as Robbie Holmes tapped home his third of the season on the power play 7:57 into the period to make it 3-2. The ‘Canes restored their two-goal lead as Kolle snapped home second of the game with just under four minutes left in the game to make it a 4-2 final.

The Hurricanes will travel to Calgary to face the Hitmen on Friday before welcoming the Prince George Cougars on ‘Cougar Night’ at the ENMAX Centre on Saturday, October 13th at 7:00pm. Tickets are available online, by calling 403-329-SEAT (7328) or by visiting the ENMAX Centre and Yates Ticket Centre’s.