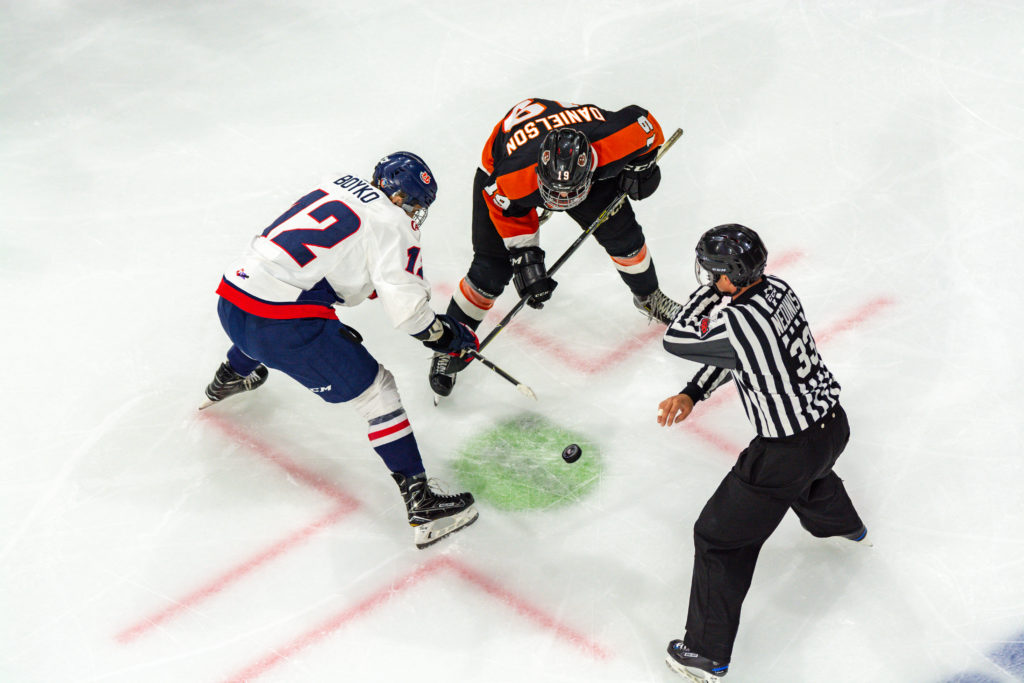 Lethbridge, AB – The Lethbridge Hurricanes continued their ENMAX Pre-Season schedule on Saturday night in Taber against the Medicine Hat Tigers and came out on the wrong end of a 6-3 decision.

The Tigers struck early into the game for the second night in a row as Jaxon Steele ripped one over the glove of goaltender Akira Schmid just 2:16 into the game to make it 1-0 Medicine Hat. The teams would trade chances in the first period, but with 1:33 left Steele fired home his second of the period as the Tigers led 2-0 after twenty minutes of play.

In the second period, the Tigers struck early as Baxter Anderson found the net on a power play at the 2:58 mark to make it 3-0. The ‘Canes cut the lead to two as Noah Boyko scored a beautiful goal by deking by a Tiger defenseman before beat Garin Bjorklund over the glove to make it a 3-1 game just 3:24 into the middle frame; Tyler Lowe earned the only assist on the goal. The ‘Canes had countless chances to even the game including a shorthanded breakaway by Jacob Boucher and another by Taylor Ross but the game remained a 3-1 score after forty minutes.

Medicine Hat made it a 4-1 hockey game 5:43 into the third period as Cole Sillinger buried on a power play. The ‘Canes once again pulled within a goal as Ty Prefontaine snapped one home from the line to make it 4-2 at the 11 minute mark; Koletrane Wilson was credited with the lone assist. The Tigers, however, would make it a two goal lead less than a minute later as Josh Williams scored on the power play to make it 5-2. Taylor Ross would score on the power play to make it 5-3 at the 16:22 mark but just 25 seconds later Cole Sillinger netted his second of the game to make it a 6-3 final.

The Hurricanes were outshot 33-32 in the game. Lethbridge went 1/4 on the power play while Medicine Hat was 3/11 with the extra man.

The Hurricanes will continue their ENMAX Pre-Season schedule next Saturday when they travel to Wainwright to face the Red Deer Rebels.