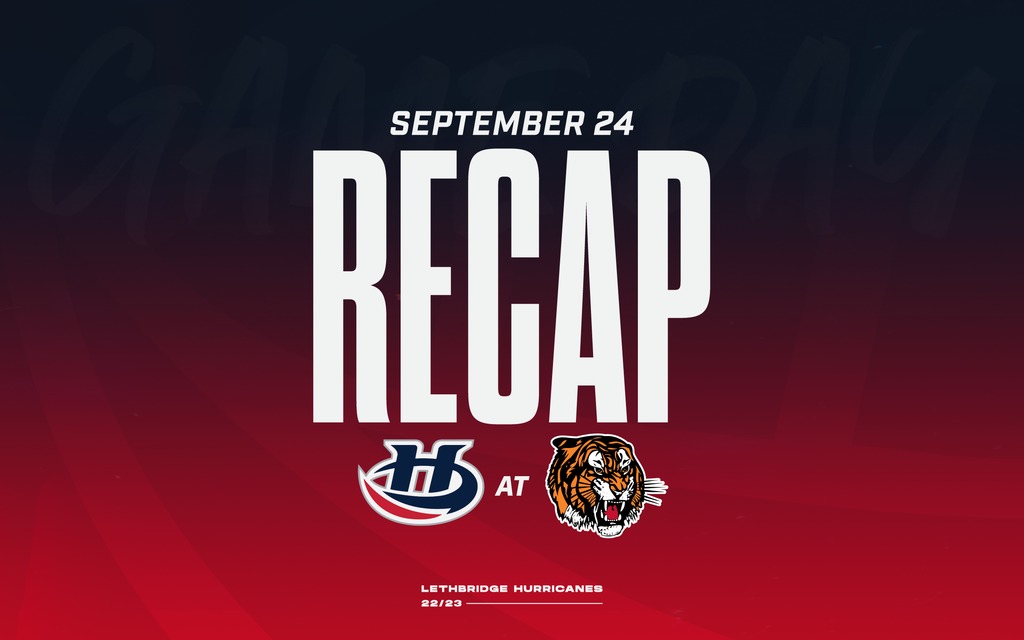 Medicine Hat, AB – The Lethbridge Hurricanes opened the new season on Saturday night in Medicine Hat against the Tigers who earned a 9-1 victory on their opening night at Co-op Place.

The Hurricanes had a great start to the new season as Brayden Edwards scored just 2:18 into the first period on a power play to give Lethbridge a 1-0 lead; Alex Thacker and Joe Arntsen earned the assists on the goal. However, the Tigers tied the game just over two minutes later when Oasiz Wiesblatt tied the game at 1-1. Medicine Hat wasn’t done there as they pulled ahead with a power play goal at the 14:27 mark when Reid Andresen scored his first of the season set up by the first overall pick in the 2022 WHL Draft Gavin McKenna to make it 2-1. Tigers added two more just 2:05 apart as Andrew Basha and Owen MacNeil gave Medicine Hat a 4-1 lead after just twenty minutes. Lethbridge was outshot 11-7 in the first period.

The Tigers continued to pour it on in the second period as they added four more goals. Just 3:48 into the frame, Bogdans Hodass snapped home his first of the season off the rush to make it 5-1 as that saw Picklyk relieved from the game after giving up five goals on just 16 shots. Harrison Meneghin replaced Picklyk. Medicine Hat continued to pepper the ‘Canes as they made it 6-1 when Rhett Parson beat Meneghin on the first shot he saw. Wiesblatt redirected a McKenna shot to make it 7-1 while Brendan Lee added a power play goal just ninety seconds after to make it 8-1 Medicine Hat after forty minutes of play. Tigers outshot the Hurricanes 12-11 in the middle frame.

In the third period, Medicine Hat nearly doubled the Hurricanes in shots on goal and added to their lead when Tyler MacKenzie tipped home his first of the season to make it a 9-1 Tiger advantage; McKenna and Alex Drover earned the assists on the goal. The ‘Canes had a pair of power plays in the third but were unable to beat Beckett Langkow who made 25-saves in the win.

Lethbridge was outshot 15-8 in the third period and 38-26 in the game. The Hurricanes were 1/6 on the power play while the Tigers went 2/9 with the extra man.

The loss for the Hurricanes drops their record to 0-1-0-0 to start the new season as it ends an eight-game regular season winning streak against the Tigers.