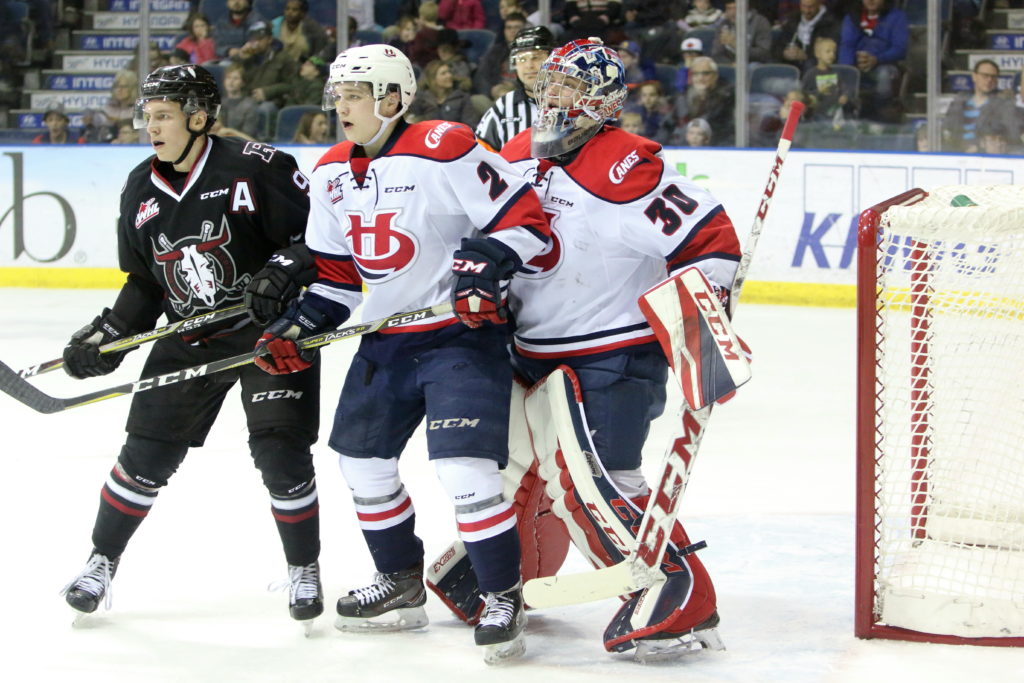 Lethbridge, AB – The Lethbridge Hurricanes returned to the ENMAX Centre on Friday as they welcome the Red Deer Rebels in the first of a brief two-game homestand and the ‘Canes were handed a 4-1 loss.

It was a back-and-forth start to the game as both the ‘Canes and Rebels had their early chances but couldn’t jump on the board. The Hurricanes had an early power play that saw Calen Addison snap one off a crossbar as the game stayed scoreless. Addison eventually did strike to open the scoring at the 13:38 mark with his ninth goal of the season to make it 1-0 Lethbridge; Brad Morrison and Dylan Cozens earned the assists. Rebels answered to tie the game less than four minutes later as Kristian Reichel snapped home his 30th of the year as the game was tied 1-1 after twenty minutes of play. Shots in the first favoured the Rebels 11-5.

The Hurricanes were the better team in the second period outshooting the Rebels 12-5 but it was Red Deer that struck for the lone goal. On a power play, the ‘Canes turned the puck over at the blue line as Brandon Hagel picked it off and made no mistake beating Logan Flodell on a breakaway to make it 2-1 Rebels. The ‘Canes had two power play chances in the period but were unable to beat Lamb who was sharp through two periods.

In the third period, the Hurricanes pushed to try and tie the game but Riley Lamb stood tall stopping all ten shots in the final frame from the ‘Canes. Rebels extended their lead when Mason McCarty netted his 36th goal of the season on a power play to make it 3-1 with 6:32 left in the game. McCarty added an empty-net goal for his second of the night to make it a 4-1 final.

Shots in the game favoured the Hurricanes 27-26. Lethbridge went 0/4 on the power play while Red Deer was 1/5 with the extra man.

The loss for the Hurricanes extended their losing streak to four straight games and ends a two-game home winning streak as they fall to 19-11-4-0 at the ENMAX Centre this season. The ‘Canes fall to 32-29-6-0 on the season.

The Hurricanes will welcome the Regina Pats on Saturday night at the ENMAX Centre on Awards Night. Tickets for the game are available online, by calling 403-329-SEAT (7328) or by visiting the ENMAX Centre Ticket Centre.