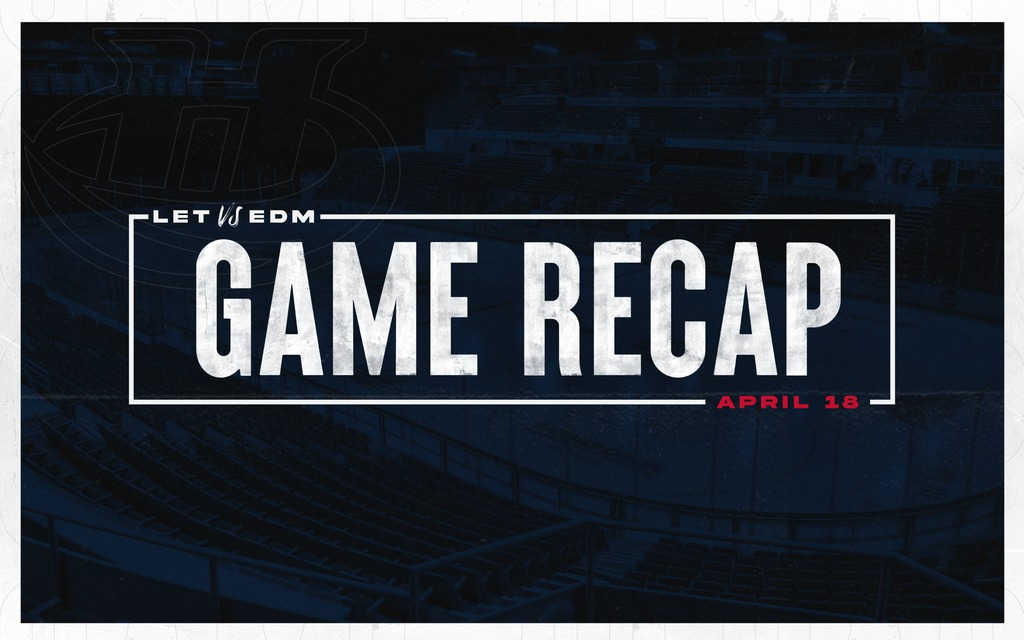 Lethbridge, AB – The Lethbridge Hurricanes returned to the ENMAX Centre on Sunday night as they looked for their second-straight win against the Edmonton Oil Kings but it was the road team that earned a 5-3 victory.

Edmonton had a strong first period as they outshot the ‘Canes 9-6 in the opening frame. The Oil Kings opened the scoring at the 9:23 mark as Carter Souch scored his third goal of the year to make it 1-0; Jalen Luypen and Carson Latimer earned the assists on the year. Edmonton added to their lead with just 2:36 left in the period as Josh Williams netted his ninth of the year to give the Oil Kings a 2-0 lead after twenty minutes of play.

The ‘Canes had a quick start to the second period as Dino Kambeitz – who returned from suspension – buried a loose puck for his fourth of the season to cut the Edmonton lead to 2-1 just forty seconds into the period. However, Edmonton answered back with two quick goals as Caleb Reimer and Souch scored in a span of 36-seconds to make it 4-1. Lethbridge got on the board again as Logan Barlage ripped home his fifth of the year at the 10:18 mark to make it 4-2; Alex Cotton and Kayden Sadhra-Kang were credited with the assists on the play – the first WHL point for Sadhra-Kang. Late in the middle frame, the Oil Kings added another as Latimer buried his fifth of the year as Edmonton lead 5-2 after two periods of play.

In the third period, Jared Picklyk entered the game for the ‘Canes making his first WHL appearance and was outstanding in the final twenty minutes turning all seven Edmonton shots aside, including a Luypen breakaway. The Hurricanes cut the lead to two goals as Noah Boyko banged home loose puck in front for his ninth of the season to make it 5-3. The ‘Canes continued to press for another but couldn’t generate any sustained pressure and would ultimately fall by the 5-3 score.

Lethbridge was outshot 7-3 in the third period and 32-19 in the contest. The ‘Canes went 0/1 on the power play while going 2/2 on the penalty kill.

The Hurricanes next game(s) will be announced at-a-later date. Keep an on www.lethbridgehurricanes.com for an updated schedule.