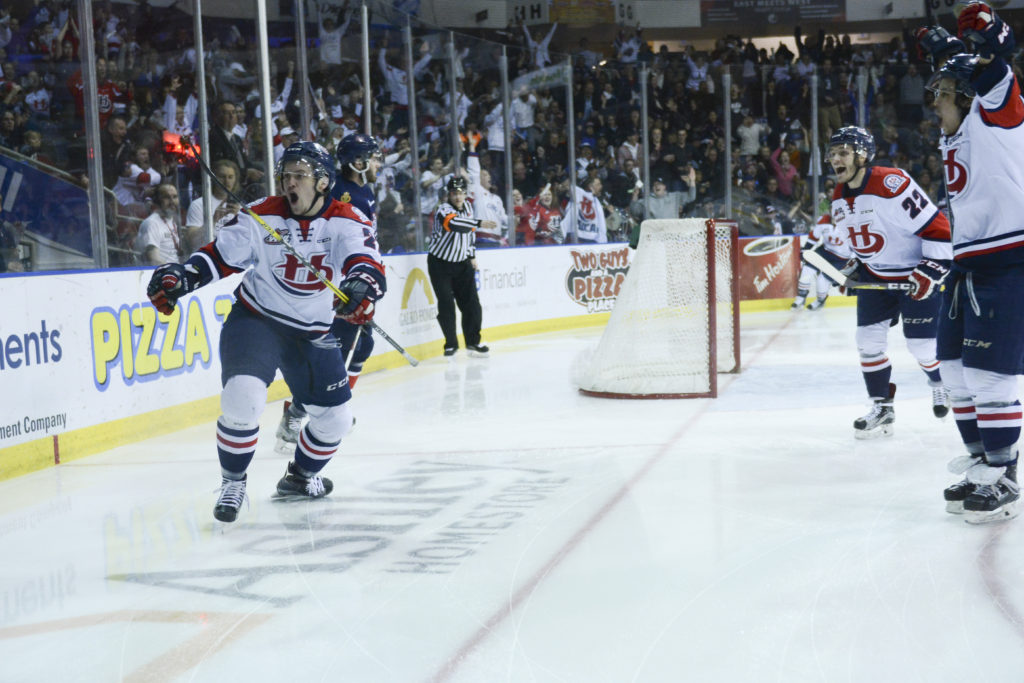 Lethbridge, AB – The Lethbridge Hurricanes returned home for Game 3 of the Eastern Conference Championship Series against the Regina Pats in hopes of holding serve at home and the ‘Canes did just that earning a 3-1 victory to take a 2-1 series lead.

The ‘Canes didn’t waste any time getting on the board as just sixteen seconds into the hockey game the ‘Canes made it 1-0 as Brennan Menell stepped up and buried a pass from Giorgio Estephan to give the Hurricanes an early lead – Tyler Wong earned the second assist on the goal. The Pats received two power play chances in the period but were unable to solve Stuart Skinner as the ‘Canes led 1-0 after twenty minutes. The ‘Canes were outshot 13-7 in the opening frame.

The Pats tied the game midway through the second period as Dawson Leedahl tipped home a Josh Mahura point shot to tie the game 1-1 at the 10:43 mark. The ‘Canes Jadon Joseph was handed a slashing penalty. On the ensuing penalty, the Pats hit two goal posts but did not beat Skinner. As the penalty expired, Brady Pouteau cleared the puck down the ice with Joseph returning to the ice he broke home on a breakaway and roofed one past Tyler Brown to put the ‘Canes back up 2-1 at the 13:54 mark. The ‘Canes outshot the Pats 10-8 in the second frame.

The ‘Canes scored the only 4:08 into the third period as Egor Babenko jumped on a loose puck and snapped one high glove side on Brown to make it 3-1 – Pouteau and Wong picked up the assists on the goal. The Hurricanes had a pair of late power play’s but failed to add to their lead. The ‘Canes outshot the Pats 10-8 in the third period.

Final shots favoured the Pats 29-27 in the hockey game. Both teams were 0/3 on the power play.

The ‘Canes now own a 2-1 series lead and will look to take a stranglehold on the series in Game 4 on Wednesday night at the ENMAX Centre.

There is limited quantities of tickets left for Game 4 and can be purchased online, by calling 403-329-SEAT (7328) or by visiting the ENMAX Centre or Yates Ticket Centre’s.