Hurricanes Earn 6-4 Win in Game 5; Advance to Second Round 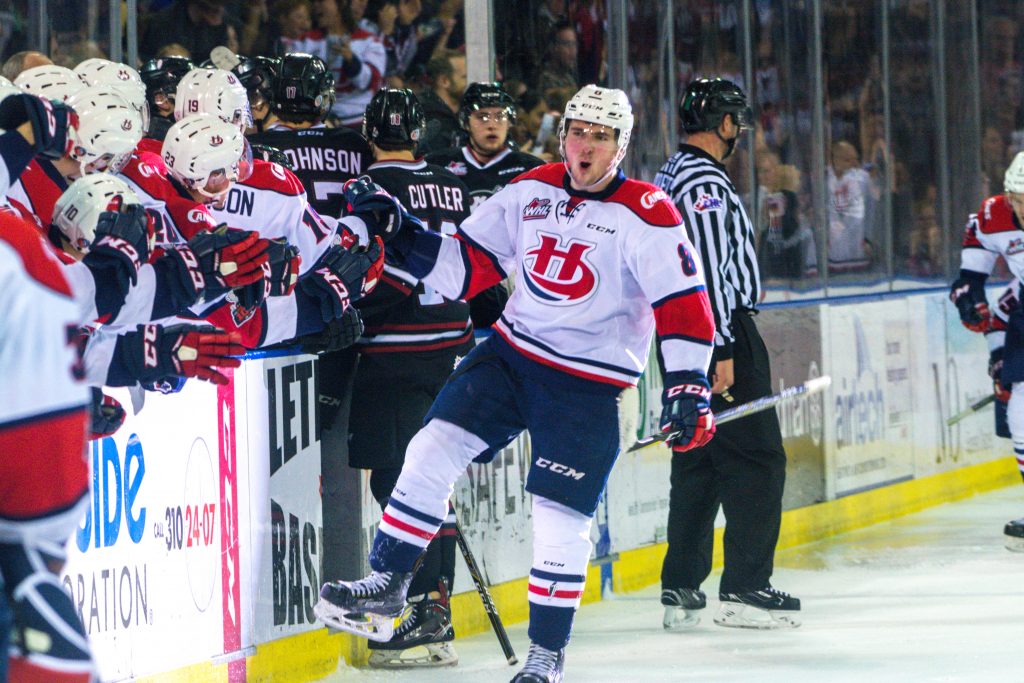 Lethbridge, AB – The Lethbridge Hurricanes earned a 6-4 win in Game 5 to defeat the Red Deer Rebels four games to one as the ‘Canes advance to the second round of the WHL Playoffs.

The ‘Canes started behind the eight-ball as they were forced to kill an early penalty against and were able to do so to keep the scoreless early. The Hurricanes opened the scoring at the 7:08 mark as Brad Morrison ripped home his fifth of the series to make it 1-0; Tate Olson earned the only assist on the goal. Rebels tied the game just over two minutes later as Grayson Pawlenchuk snapped home his second at the 9:34 before Brandon Hagel scored a power play goal at the 14-minute mark to make it 2-1 Red Deer. Just 2:08 later, the ‘Canes responded with a power play goal of their own as Jordy Bellerive buried his fourth of the series to make it 2-2 after twenty minutes of play. Shots were even 14-14 in the opening frame.

The Hurricanes were shorthanded early in the second period as Logan Barlage was assessed a tripping penalty and on the man advantage the Rebels pulled ahead as Alexander Alexeyev scored his second to put Red Deer ahead 3-2. The ‘Canes peppered the Rebels goaltender Ethan Anders with 18 shots in the second period but he stood on his head stopping every Lethbridge shot as Red Deer had a 3-2 lead after two periods of play.

The ‘Canes had an outburst of four goals in the third period as Calen Addison started the scoring tying the game at 3-3 just 3:17 into the period. Just 1:23 later, the ‘Canes pulled ahead as Taylor Ross scored his first of two in the period to put Lethbridge ahead 4-3 but the lead was short-lived. Reese Johnson tied the game less than two minutes later with his fifth of the series. Just one minute later, the Hurricanes pulled back ahead as Ross potted another on a three-on-two rush to make it 5-4 Lethbridge lead; Bellerive and Dylan Cozens earned the assists on the go-ahead goal. The Hurricanes added an empty-net goal with 1:18 left as Morrison scored his second of the night 16th point of the series.

The win for the Hurricanes books their ticket to the second round of the playoffs where they will face the winner of the Brandon Wheat Kings and Medicine Hat Tigers series. Should they face the Wheat Kings, the ‘Canes will have home-ice advantage; if the Tigers, the ‘Canes will start on the road.

The series schedule will be released once the opponent is confirmed. Stay tuned to www.lethbridgehurricanes.com for more information on the next series.