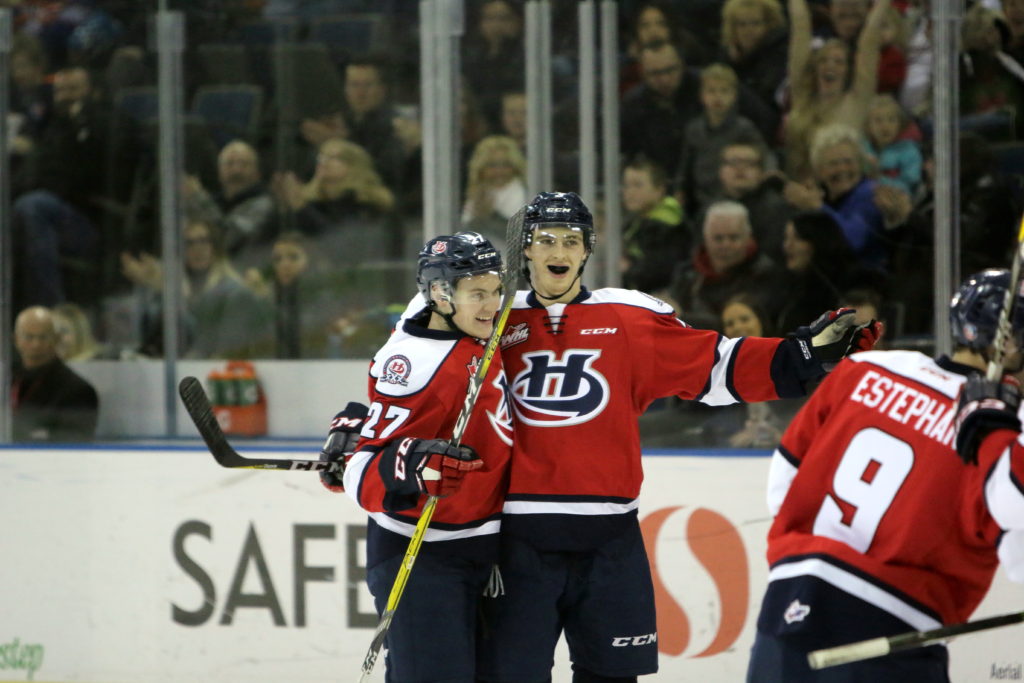 Lethbridge, AB – The Lethbridge Hurricanes kicked off a three-in-three weekend on Friday night as they welcomed the Medicine Hat Tigers at the ENMAX Centre and the ‘Canes continued to roll as they earned their third straight victory picking up a 3-2 win.

The Hurricanes had a good pace in the first period but unlike on Wednesday couldn’t jump out to an early lead despite two early power plays in the game. After two early power plays for the Hurricanes, the Tigers got to man advantages in succession. Medicine Hat failed to score on their first opportunity but struck on their second chance to make it 1-0. David Quenneville hammered a shot from the blue line that beat a screened Stuart Skinner to snap streak of 16 straight penalty kills for the Hurricanes. The Tigers held the shot advantage in the first period 17-8.

The Hurricanes had a better second period as they outshot the Tigers 10-6 in the middle frame. The ‘Canes tied the game at the 10:22 mark as Jordy Bellerive scored his 11th of the season on a persistent play to poke the puck out of Tigers’ Nick Schneider’s legs before tucking home the puck – Shaun Dosanjh and Ryley Lindgren picked up the assists on the goal to even the score at 1-1. Just 1:17 later, the Hurricanes jumped out to their first lead as 19-year-old defenseman Brennan Riddle leaned into a slap shot that deflected off a Tiger and passed Schneider for his first WHL goal in career game 138 – it was an unassisted goal at the 11:39 mark. The Hurricanes held the lead 2-1 after forty minutes of play.

The Tigers came out firing in the third period outshooting the ‘Canes 16-5 in the final twenty minutes of play. Medicine Hat tied the game at the 10:13 mark as Quenneville potted his second of the night, again on the power play, to tie the game at 2-2. The Hurricanes didn’t take too long to respond however as Giorgio Estephan leaned into a slapshot from the right circle with 3:04 left to give the ‘Canes a 3-2 lead – Tyler Wong and Colton Kroeker earned the assists on what proved to be the game-winning goal.

The Hurricanes are back in action on Saturday when they travel to take on the Swift Current Broncos at 6:00pm Alberta Time. The ‘Canes will wrap up their three-in-three weekend on Sunday at 6:00pm when they welcome the Kelowna Rockets at the ENMAX Centre.