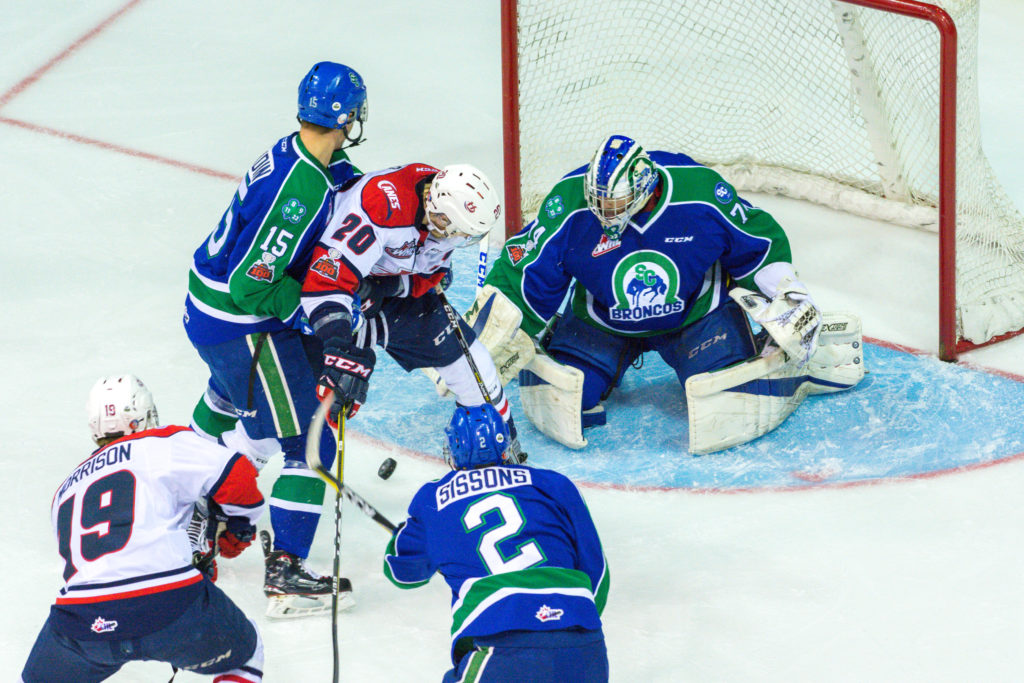 Lethbridge, AB – The Lethbridge Hurricanes had their season come to an end on Monday night as they fall 5-1 to the Swift Current Broncos in Game 6 in the Eastern Conference Championship Series.

The Hurricanes came out flying in the first period and dominated the Broncos in the opening twenty minutes. The ‘Canes had an early power play as Kole Gable was assessed a high-sticking penalty but Lethbridge was unable to find the net. The Hurricanes peppered Stuart Skinner and eventually broke through at the 16:36 mark as Calen Addison snapped home his seventh of the post-season to make it 1-0; assists went to Tate Olson and Keltie Jeri-Leon. For Addison, it was his fourth goal of the Eastern Conference Final. The Hurricanes outshot the Broncos 20-2 in the opening frame and led 1-0.

The wheels fell off for the Hurricanes in the second period as the Broncos pushed back and tied the game at the 6:33 mark as Matteo Gennaro wristed home his eighth of the playoffs to make it 1-1. Just 29 seconds later, Aleksi Heponiemi stuffed home his third of the playoffs and series to make it 2-1 Swift Current. The ‘Canes would get a power play opportunity but just 1:07 after the Heponiemi goal, Beck Malenstyn scored his second of the post-season shorthanded to make it 3-1 Broncos. Swift Current held the advantage in the shots 13-8 in the middle frame.

Early in the third period, the Broncos added to their lead as Giorgio Estephan tapped home his 11th of the post-season and seventh of the series 2:12 into the period on a power play to make it 4-1 Swift Current. The ‘Canes pulled the goaltender in hopes of mounting a comeback but it was Malenstyn that would seal the victory as he scored his second of the night into an empty net to make it a 5-1 final.

The Hurricanes were outshot 12-6 in the third period but held the edge 34-27 in the hockey game. Lethbridge went 0/5 on the power play while Swift Current went 1/5 with the extra man.

The loss for the Hurricanes eliminates them from the WHL Playoffs as the Broncos advance to the WHL Championship Series.