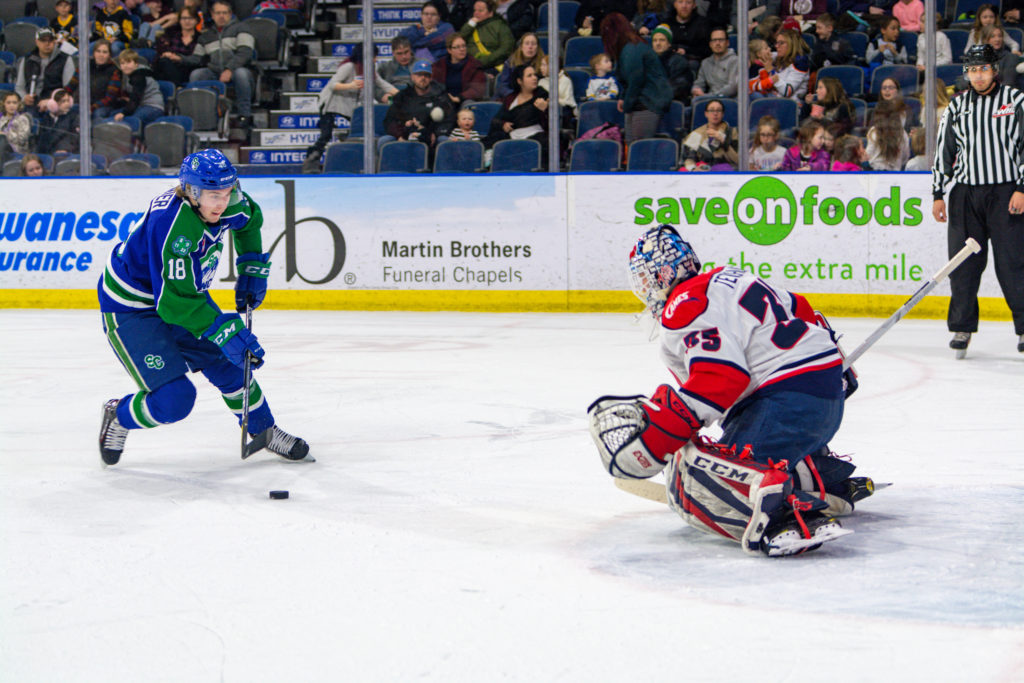 Swift Current, SK – The Lethbridge Hurricanes ended their 2019 ENMAX Pre-Season schedule Saturday with a 2-1 loss in Swift Current against the Broncos.

Despite outshooting the Broncos in the opening period, the Hurricanes trailed 1-0 after twenty minutes of play at the Innovation Credit Union i-Plex. Swift Current opened the scoring at the 5:45 mark when Joona Kiviniemi scored his second of the pre-season to make it 1-0. The Broncos added another half way through the period when Carter Chorney beat Carl Tetachuk to make it 2-0 for Swift Current. The Hurricanes outshot the Broncos 11-10 in the first period.

The Hurricanes dominated the Broncos in the second period holding the edge in shots by a whopping 18-6 margin. The ‘Canes were able to cut the Swift Current lead in half when Noah Boyko scored his first of the pre-season while shorthanded at the 12:53 mark; Alex Cotton and Oliver Okuliar earned the assists on the goal. Lethbridge continued to pepper Isaac Poulter but Swift Current held the lead 2-1 after forty minutes of play.

In the third period, the Hurricanes attempted a comeback but could not solve Poulter who stood tall in the Bronco goal. The Hurricanes and Broncos each directed nine shots on goal in the final twenty minutes, with the Hurricanes holding a 38-25 edge in the game but Swift Current hung on to the 2-1 victory. The ‘Canes went 0/2 on the power play in the game while the Broncos were 1/4 with the extra man.

The Hurricanes end their four-game ENMAX Pre-Season schedule with a 1-2-1-0 record with all four games ending in a one-goal margin.