Hurricanes Fall 3-2 in OT to Blazers 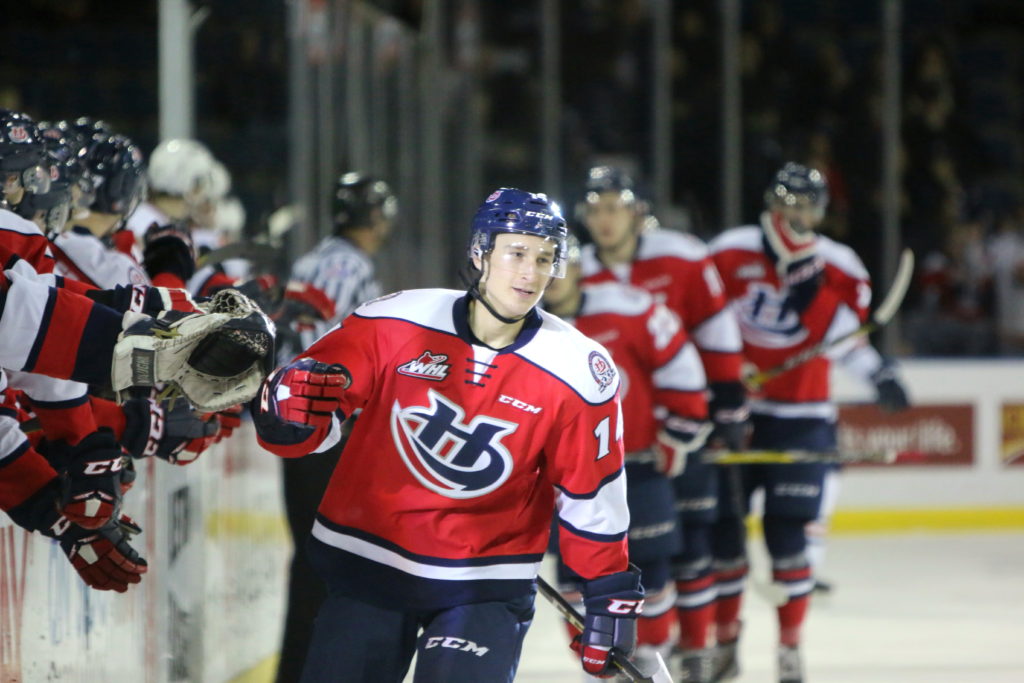 Lethbridge, AB – The Lethbridge Hurricanes played their final home game before the Christmas break on Wednesday night as they welcomed the Kamloops Blazers at the ENMAX Centre and like the Hurricanes in early November, the Blazers earned a hard-fought overtime win on the road picking up a 3-2 victory.

It was a pretty even first period between the Hurricanes and the Blazers. The Hurricanes had a strong push early in the game outshooting Kamloops 5-1 in the first six minutes. The ‘Canes jumped out to a 1-0 lead 5:42 into the game as Brett Davis potted his second of the season beating Dylan Ferguson – Igor Merezhko and Egor Babenko picked up the assists. Kamloops took their game to the next level and eventually held the shot department 11-7 after twenty minutes of play, but the Hurricanes held a 1-0 lead after the first period.

The Hurricanes were strong in the second period as they had a handful of great chances but Ferguson came up strong in the Blazer crease. The Hurricanes had a mid-period power play but failed to score to advance their lead. Late in the period, with Quinn Benjafield in the penalty box, the ‘Canes struck on a goal mouth scramble as Egor Babenko came in and lifted one over the outstretched Blazer goalie giving the Hurricanes a 2-0 lead after two periods – Ryan Bowen and Jordy Bellerive picked up the assists on the goal. The ‘Canes outshot the Blazers 16-4 in the middle twenty minutes and held the edge 23-15 after two periods.

The Blazers had a great third period storming back to tie the game outshooting the Hurricanes 10-3 in the third period. Travis Walton pulled Kamloops to within one goal at the 7:48 mark as he redirected a Dallas Valentine point shot by Stuart Skinner to make it 2-1. Blazers tied the game with 4:42 left in the game as Deven Sideroff netted his 20th goal of the year to make it 2-2 and force overtime.

In the overtime period, the Blazers outshot the Hurricanes 4-1 in overtime and Sideroff won the game 3:01 into the extra session with his second of the game lifting one over Skinner to lift the Blazers to the victory.

The Hurricanes were outshot 29-27 in the hockey game. ‘Canes went 1/4 on the power play while the Blazers were 0/4 with the extra man.

The Hurricanes have now accumulated at least a single point in 13 straight games posting an 11-0-2-0 record in that span. The loss however snaps a five game winning streak and a six game home winning streak. It also drops the ‘Canes record to 18-11-3-2 on the season.

The Hurricanes will wrap up the unofficial first half of the season on Friday night in Edmonton when the ‘Canes travel to take on the Oil Kings at Rogers Place before breaking for the ten day break.