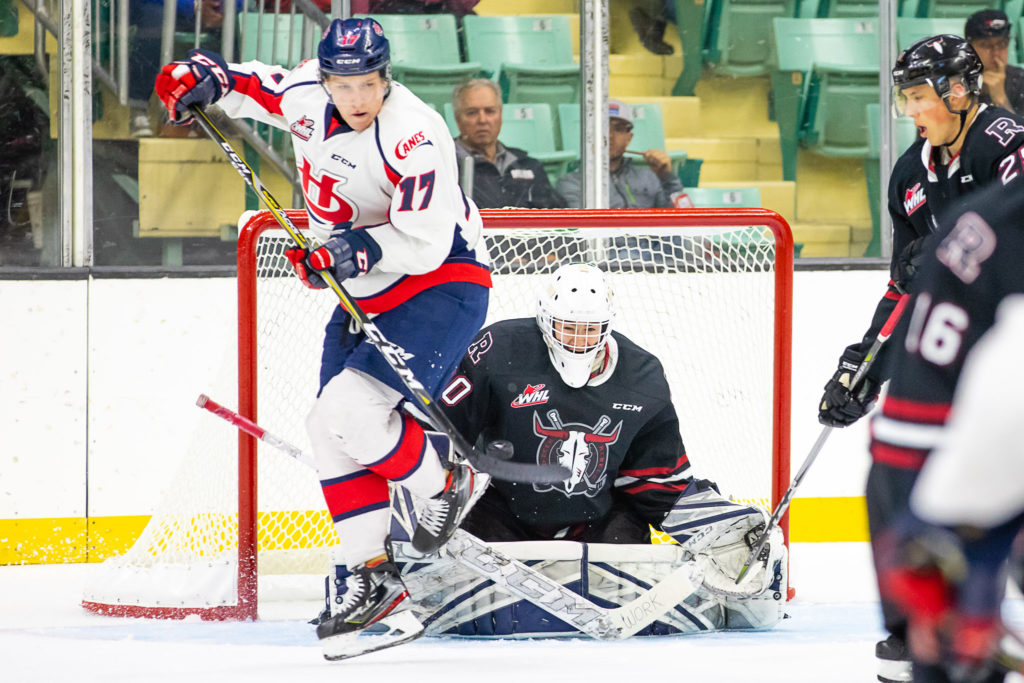 Red Deer, AB – The Lethbridge Hurricanes began their 2019 ENMAX Pre-Season schedule on Friday with a 3-2 loss in Red Deer in the first of a home-and-home weekend set against the Rebels.

The Hurricanes, who did not dress any of their three overage players, took the lead when Rylan Thiessen scored his first of the exhibition season at the 9:48 mark of the first period to make it 1-0 on an unassisted goal. Before the period was out, former Hurricane Josh Tarzwell equalized with his first of the pre-season with 1:57 left in the first period which ended in a 1-1 tie. The ‘Canes were outshot 12-10 in the opening frame.

In the second period, the Hurricanes outshot the Rebels but it was Red Deer that pulled ahead early in the middle stanza. Brett Davis scored his first of the exhibition season on a power play just 1:04 into the second period to make it 2-1 Rebels. However, the Hurricanes answered back just 2:20 later when Alex Thacker scored his first of the pre-season to make it 2-2; Chase Wheatcroft earned the lone assist on the tally.

The game was tied 2-2 heading to the third period but another power play goal by the Rebels at the 9:17 mark proved to be the game-winning goal as Tarzwell scored his second of the night to put the Rebels ahead 3-2 in the game.

Red Deer held the edge in shots in the third period 12-8 and in the game 33-28. The Hurricanes went 0/4 on the power play while the Rebels went 2/6 with the extra man.

The ‘Canes and Rebels will face-off again on Saturday night at 7:00pm at the ENMAX Centre in the second of the home-and-home set. Tickets are just $10.00 and can be purchased at the door.