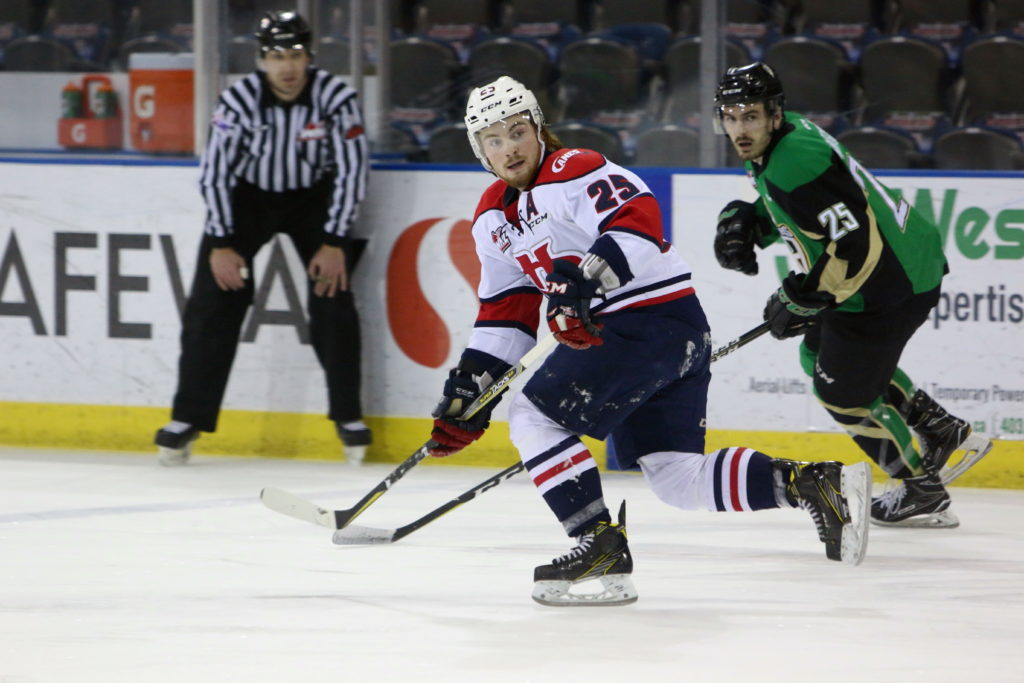 Prince Albert, SK – The Lethbridge Hurricanes continued their four game East Division road trip on Saturday in Prince Albert against the Raiders as the ‘Canes had their three game winning streak snapped with a 4-1 loss.

It was a fast-paced first period that saw both teams have good scoring chances early in the game but it stayed scoreless. The Hurricanes opened the scoring at the 11:11 mark as Dylan Cozens buried his 21st goal of the season to make it 1-0 Lethbridge; Taylor Ross earned the lone assist on the goal. The two goaltenders Logan Flodell for the ‘Canes and Ian Scott for the Raiders came up large in the dying minutes of the first with terrific saves to keep it a 1-0 Lethbridge advantage after twenty minutes. Raiders outshot the ‘Canes 14-4 in the first period.

The Hurricanes had a run of power plays early in the second period, including a five-on-three man advantage for nearly a minute but were unable to solve the second ranked Raiders penalty kill as the game stayed 1-0 Lethbridge. Prince Albert pulled even at the 12:59 mark as Brayden Pachal bust in on the right wing and snapped home his sixth goal of the year to tie the game 1-1. Hurricanes outshot the Raiders 12-9 in the middle frame but the game was tied 1-1 after two periods.

In the third period, the Raiders pulled ahead with a power play goal at the 8:51 mark as Vojtech Budik snapped a point shot high over the glove of Flodell to give Prince Albert their first lead of the game making it 2-1. Raiders struck less than a minute later as Max Martin blasted home his seventh of the season before Cole Fonstad rounded out the scoring with his 20th goal of the year to make it 4-1 Prince Albert.

The loss for the Hurricanes snapped their three game winning streak as they are now 6-2-0-0 in their last eight games; both losses in that span to the Raiders. The Hurricanes fall to 13-16-2-0 on the road this season and 32-26-6-0 on the year overall.

The Hurricanes will continue their road trip on Tuesday when they visit the Brandon Wheat Kings before concluding the trip Wednesday against the Moose Jaw Warriors. The ‘Canes will return to the ENMAX Centre on Friday, March 9th when they welcome the Red Deer Rebels. Tickets for that game can be purchased online, by calling 403-329-SEAT (7328) or by visiting the ENMAX Centre Ticket Centre. 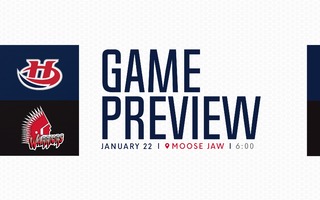