Hurricanes Fall 4-1 to Raiders on Friday 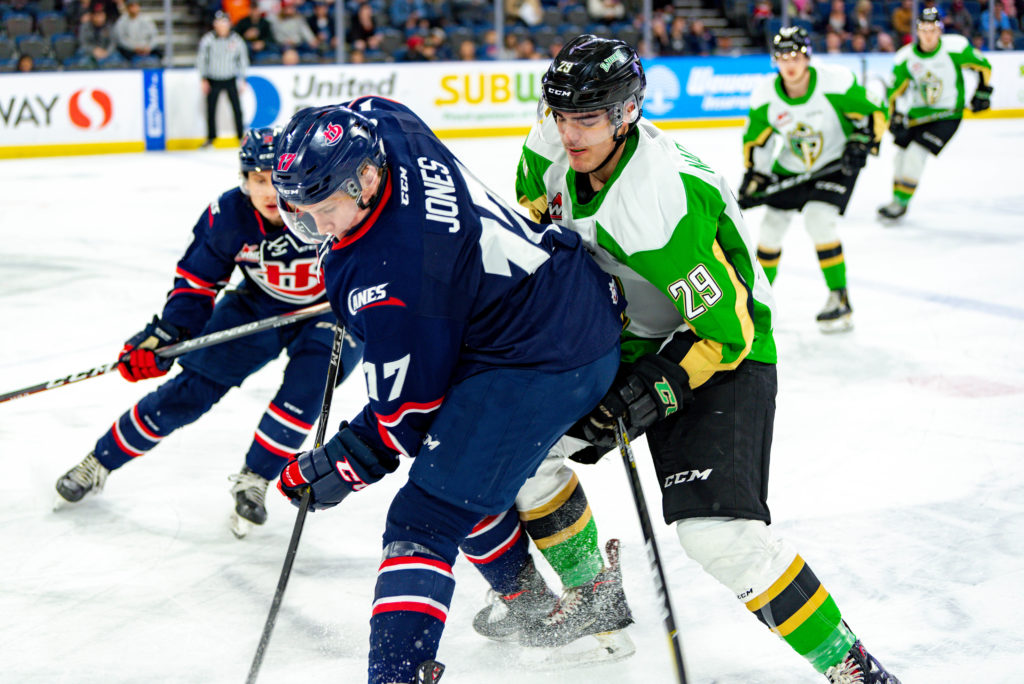 Prince Albert, SK – The Lethbridge Hurricanes had their three-game winning streak snapped on Friday with a 4-1 loss to the Prince Albert Raiders at the Art Hauser Centre.

It was a fast-paced first period between the Hurricanes and Raiders which saw just 15 stoppages in the opening frame. The ‘Canes had a good early chance as Justin Hall hit the outside of the goal post manned by Max Paddock. Prince Albert pushed back and had the two best scoring chances of the period – first, on a two-on-one, Carl Tetachuk stopped Brayden Watts before Justin Nachbaur hit the inside of the goal-post on a partial breakaway. Despite good chances both ways, neither team was able to find the back of the net as it stayed scoreless after twenty minutes of play. Prince Albert outshot Lethbridge 11-6 in the first period.

The third period provided free-flowing hockey with continuous action and just 12 stoppages of play while producing his nine shots combined between the two teams. The ‘Canes were penalized late in the game resulting in a power play goal by Zack Hayes to make it a 3-1 score. Raiders added an empty-net goal to make it a 4-1 final.

Shots in the third period favoured Prince Albert 5-4 as they held the edge 24-19 in the game. Lethbridge went 0/2 on the power play while the Raiders went 1/5 with the extra man.

The loss for the Hurricanes ended a three-game winning streak as they fall to 3-2-0-0 in the first five games of seven straight away from home while their league-leading road record slips to 16-7-0-1 on the season. The defeat dropping the ‘Canes overall record to 29-12-2-5 on the season as they remain second in the Central Division.

The Hurricanes will visit the Saskatoon Blades on Saturday night at 6:00pm MT before wrapping their seven-game road stretch on Wednesday in Red Deer against the Rebels. The ‘Canes will be back at the ENMAX Centre on Saturday, February 8th when they welcome the Prince Albert Raiders. Tickets can be purchased online at www.enmaxcentre.ca, by calling 403-329-SEAT (7328) or by visiting the ENMAX Centre Ticket Centre.