Hurricanes Fall 4-3 in OT to Broncos 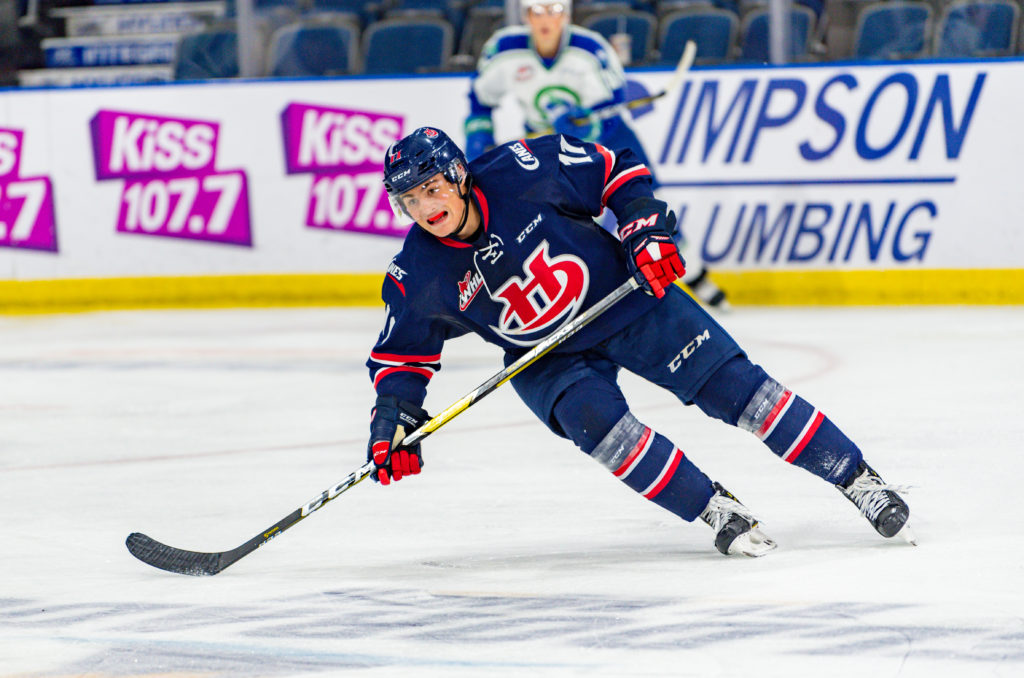 Lethbridge, AB – The Lethbridge Hurricanes played their final ENMAX Pre-Season home game on Friday as they were handed a 4-3 overtime loss by the Swift Current Broncos at the ENMAX Centre.

The Hurricanes had a strong opening period as they outshot the Broncos 15-8 but it was Swift Current that struck first at the 9:20 mark as Carter Chorney banged home a rebound on a power play to make it 1-0. Broncos added to their lead late in the period when former Hurricanes forward Zach Cox snapped home his first of the pre-season beating Bryan Thomson over the glove to make it 2-0 for Swift Current after one period of play.

The ‘Canes cut the Broncos lead in half with a goal in the second period by Dino Kambeitz who jammed home his first of the pre-season to make it a 2-1 lead; Tyson Phare and Chase Wheatcroft earned the assists on the goal that came at the 8:20 mark. Swift Current restored their two-goal lead as Tyler Smithies scored his second to make it 3-1 Broncos after forty minutes of play.

Neither team ended the game in regulation, so the ‘Cane went to overtime for the second straight outing and at the 2:07 mark overage forward Ethan O’Rourke ended the game with a snapshot from the mid slot to make it a 4-3 Swift Current final.

The Hurricanes outshot the Broncos 41-30 in the hockey game. Lethbridge went 2/8 on the power play while the Broncos were 1/6 with the extra man.

The Hurricanes will conclude the ENMAX Pre-Season Saturday night when they travel to face the Broncos in Swift Current. Lethbridge will open the regular season on Friday, September 20th at the ENMAX Centre when they welcome the Medicine Hat Tigers at 7:00pm.