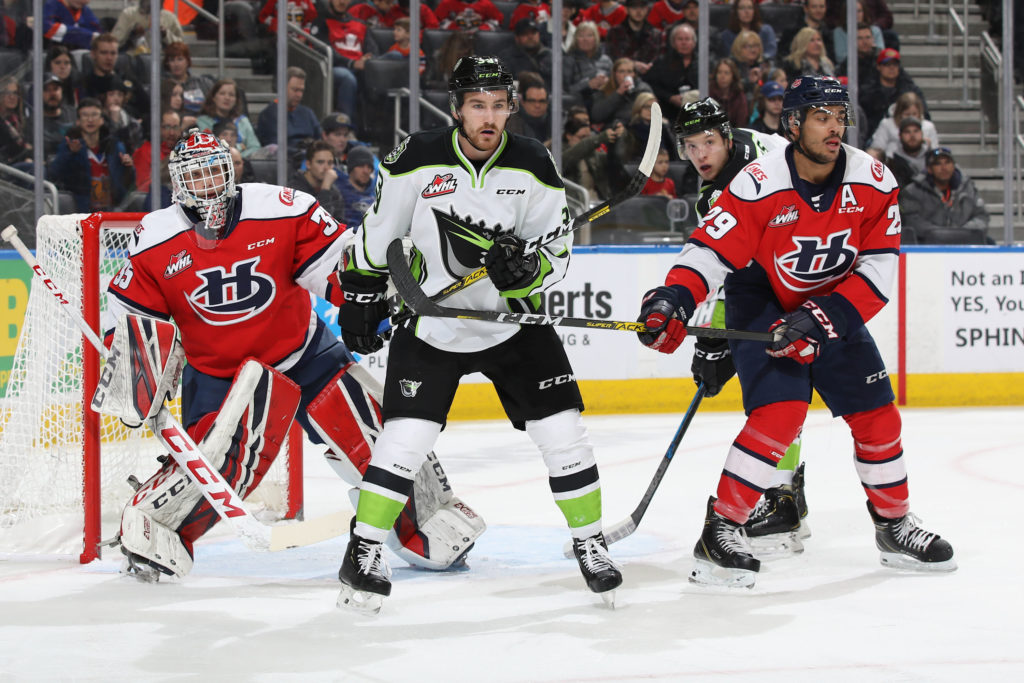 Edmonton, AB – The Lethbridge Hurricanes made their second of three trips to Rogers Place on Family Day in hopes of closing the gap in the Central Division against the Edmonton Oil Kings who earned a 5-3 win.

It was a good start for the Hurricanes as they opened the scoring just 2:52 into the game when Brett Davis potted his 18th of the season – and ninth since joining the ‘Canes – to make it 1-0; Calen Addison and Justin Hall earned the assists on the goal as Lethbridge led 1-0. Edmonton tied the game at 1-1 when Josh Williams redirected home his 18th of the year just 2:45 after the Hurricanes opened the scoring. Edmonton pulled ahead on the first of the season for Wyatt McLeod at the 16:05 mark before Williams scored his second of the period to give the Oil Kings at 3-1 lead after twenty minutes of play. The Oil Kings held the edge in shots 14-12 in the opening period.

The Hurricanes played a stronger second period limiting Edmonton’s scoring chances while Carl Tetachuk was able to steer aside all 11 Oil King shots in the middle frame. Lethbridge pulled to within a goal when Davis buried his second goal of the game – and 19th of the season – on a rebound of a Danila Palivko point shot to make it a 3-2 Oil Kings lead; Dylan Cozens earned the second assist on the goal to extend his point-scoring streak to seven-straight games. The Hurricanes outshot the Oil Kings 12-11 in the middle frame as they trailed by one after two periods.

Early in the third period, the Oil Kings restored their two-goal lead as Williams completed his first WHL hat-trick just 4:37 into the period as he banked one off a Hurricanes defender and passed Tetachuk to make it a 4-2 Edmonton lead. The Oil Kings added another when Jake Neighbours rifled home his 20th of the year to make it 5-2 on a solo-rush before Koletrane Wilson finished his seventh of the season with 55 seconds left in the game to round out the 5-3 final.

Hurricanes were outshot 19-6 in the third period and 44-30 in the game. Lethbridge went 0/2 on the power play while Edmonton was 1/4 with the extra man.

The loss for the Hurricanes was their second straight defeat and their first loss of the season to the Oil Kings. The defeat drops the ‘Canes record to 19-8-0-1 away from home on the season and their overall record to 34-14-2-5 on the season. Lethbridge now sits eight points back of Edmonton for top spot in the Central Division lead.

The Hurricanes will return to the ENMAX Centre on Wednesday to open a four-game homestand against the Spokane Chiefs at 7:00pm. Tickets can be purchased online at www.enmaxcentre.ca, by calling 403-329-SEAT (7328) or by visiting the ENMAX Centre Ticket Centre. 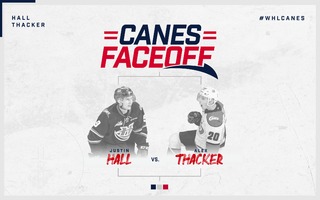