Hurricanes Fall 5-3 to the Pats Saturday 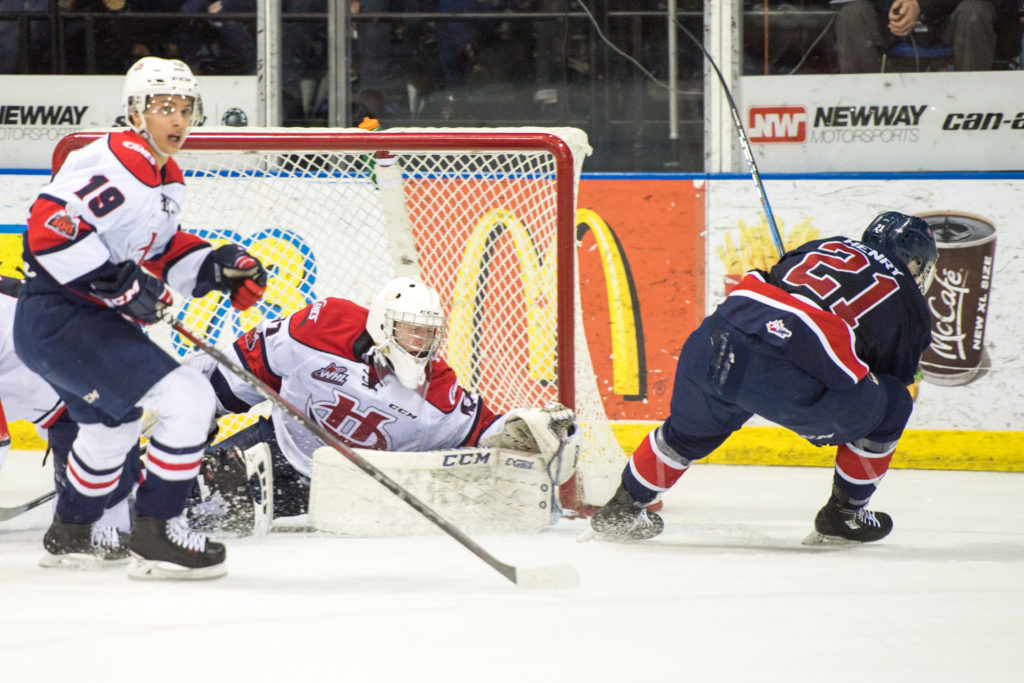 Lethbridge, AB – The Lethbridge Hurricanes played the second of a two-game home weekend at the ENMAX Centre with a 5-3 loss against the Regina Pats.

The Pats jumped out to an early 1-0 lead just 3:29 into the game as Koby Morrisseau finished off a nice rush from Josh Mahura to give Regina the early lead; the goal came while four-on-four. Regina added to their lead as Jesse Gabrielle beat Reece Klassen on a power play at the 8:48 mark to make it 2-0 Pats. The Hurricanes pushed back in the second-half of the period but could not solve Max Paddock in the opening frame. Regina outshot Lethbridge 12-9 in the first period.

The Pats built on their lead early in the second period as Nick Henry potted his 13th of the season just 1:20 into the period to make it 3-0 for Regina. Robbie Holmes made it 4-0 with his 16th of the year on a breakaway at the 9:55 mark beating Klassen high blocker-side. The Hurricanes got on the board as Brad Morrison scored his 26th goal of the season on a goal that was reviewed, but stood, to make the game 4-1; Logan Barlage and Igor Merezhko earned the assists on the goal. Two minutes later the Hurricanes struck again as Calen Addison snapped a puck to the front from the side boards that found its way home for his 10th of the year to pull the ‘Canes to within a pair; Ty Prefontaine and Jake Elmer picked up the helpersas the Hurricanes trailed by a pair after two periods. ‘Canes outshot the Pats 16-13 in the second frame.

The Pats outshot the Hurricanes 18-5 in the third period but the ‘Canes pulled to within one as Morrison ripped home his second goal of the night and 27th of the season to make it a 4-3 game. The ‘Canes pulled the netminder late in the game in hopes of a tie but Sam Steel buried an empty-net goal to make it a 5-3 final.

The Hurricanes were outshot 43-30 in the game. The ‘Canes went 0/2 on the power play while the Pats went 1/2 with the extra man.

The loss for the Hurricanes extended their losing streak to five straight games. The ‘Canes are now 32-30-6-0 on the season.

The Hurricanes will head out on the road for two games starting Tuesday in Edmonton against the Oil Kings before visiting the Red Deer Rebels on Wednesday night. The ‘Canes will return home on Friday to welcome the Medicine Hat Tigers in the final home game of the regular season. Tickets for the Friday game can be purchased online, by calling 403-329-SEAT (7328) or by visiting the ENMAX Centre Ticket Centre.