Hurricanes Fall 6-5 in Shootout to Cougars 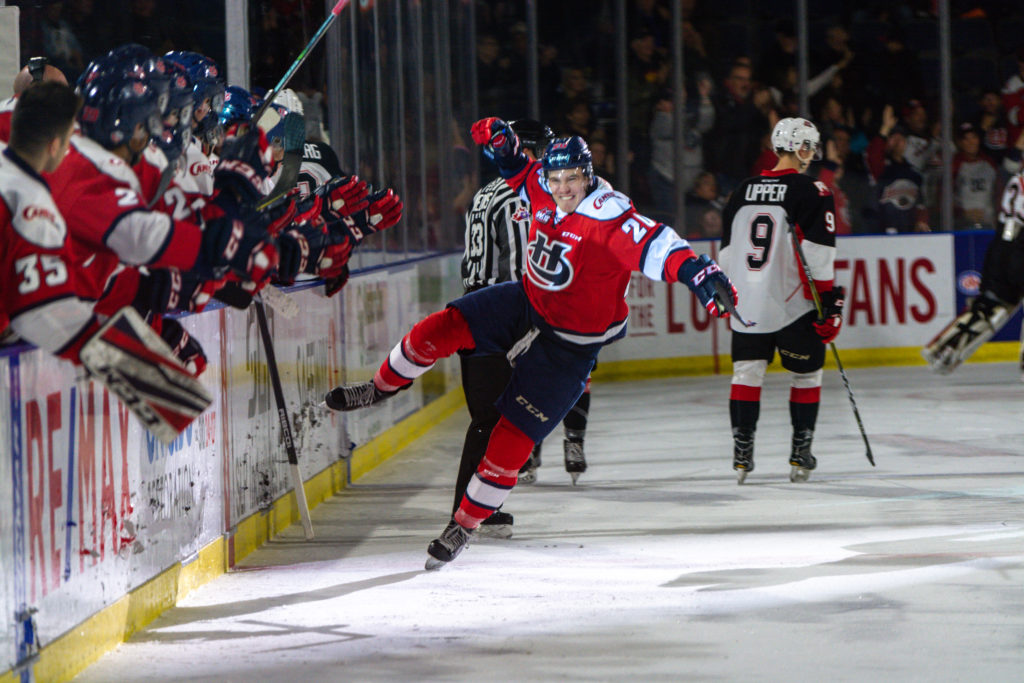 Lethbridge, AB – The Lethbridge Hurricanes returned to the ENMAX Centre on Saturday as they were handed a 6-5 shootout loss by the Prince George Cougars.

The Hurricanes opened the scoring 6:31 into the hockey game when Taylor Ross ripped home his fifth of the season to make it 1-0; Jordy Bellerive and Igor Merezhko picked up the assists on the goal. The Cougars tied the game as Josh Curtis scored at the 10:07 mark to make it 1-1 after twenty minutes of play. The ‘Canes were outshot 11-9 in the opening period.

Curtis struck early in the second period as he finished on a two-on-one just 1:30 into the period to put Prince George ahead 2-1. Prince George’s Mike MacLean was assessed a five minute major and a game misconduct for boarding but the Hurricanes were unable to capitalize with the man advantage. The ‘Canes struck on a power play with 1.7 seconds left in the period as Keltie Jeri-Leon was alone in front snapping one by Isaiah DiLaura to tie the game 2-2; Jadon Joseph earned the lone assist on the goal. Lethbridge outshot Prince George 21-6 in the middle frame.

It was a wild third period that saw the teams combine for six goals, three each. Prince George pulled ahead as Tyson Upper scored his first in the WHL while shorthanded to give the Cougars a 3-2 lead. Lethbridge potted a shorthanded goal of their own as Jake Elmer buried a centering pass from Joseph to make it 3-3. But, on the same power play, the Cougars retook the lead as Cole Moberg snapped home his first of two in the game. Elmer once again struck to tie the game at 4-4 before Ross netted his second of the night to give the ‘Canes a 5-4 lead. Moberg answered to tie the game on a coast-to-coast play to force overtime tied 5-5. Shots favoured the ‘Canes 19-13 in the third period.

The Hurricanes outshot the Cougars 5-0 in the overtime period, including a handful of shots on a late power play but could not find a winning goal as the game went to a shootout. In the shootout, Ty Kolle and Dylan Cozens both scored but all three shootouts buried for the Cougars as Moberg potted the game-winning goal.

Final shots in the game favoured the Hurricanes 54-30. The Hurricanes went 2/7 on the power play while Prince George was 1/3 with the extra man.

The loss for the Hurricanes was their second straight as they fall to 3-4-0-2 on the season. Lethbridge has now last five of their last six games.

The ‘Canes will return to action on Tuesday when they welcome the Kootenay Ice to the ENMAX Centre at 7:00pm. Tickets for Tuesday’s game are available online, by calling 403-329-SEAT (7328) or by visiting the ENMAX Centre or Yates Ticket Centre’s.