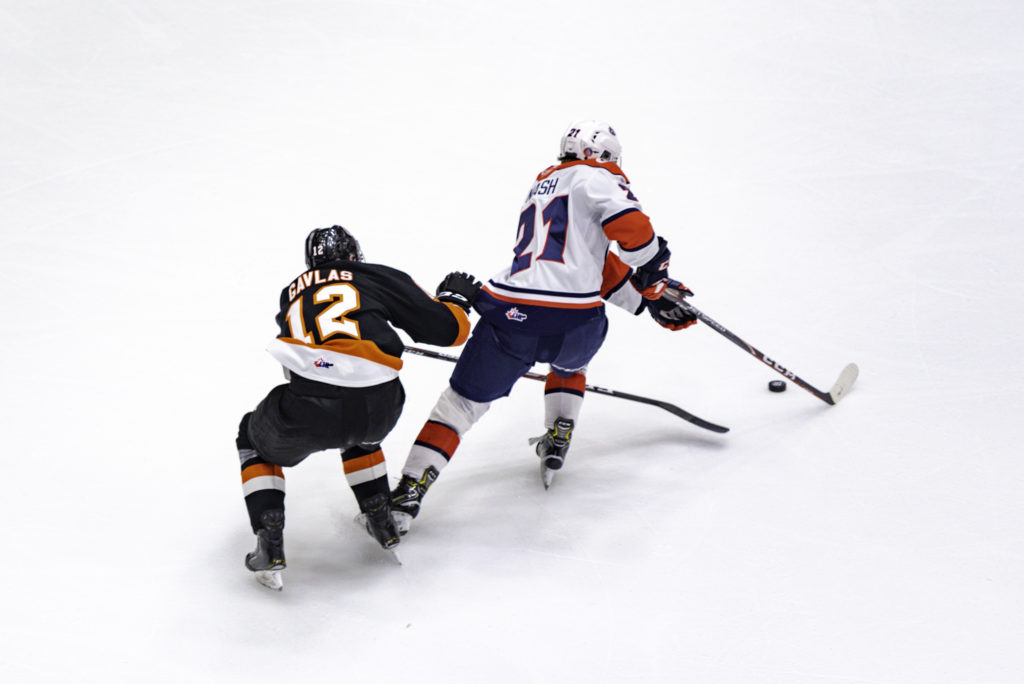 Medicine Hat, AB – The Lethbridge Hurricanes were handed their worst loss of the season on Tuesday as they were downed 8-3 by the Medicine Hat Tigers at the Canalta Centre.

It was a fast-paced first period that saw the Tigers jump out to a 1-0 lead with a power play goal just 5:42 into the game when Ryan Chyzowski beat Carl Tetachuk through the legs; Brett Kemp and Cole Sillinger earned the assists on the goal. Just 1:17 later, the Hurricanes tied the game at 1-1 when Dylan Cozens found Chase Wheatcroft who ripped home his third goal of the season. Medicine Hat pulled back ahead on a goal by Dru Krebs scored at the 15:15 mark to give the Tigers 2-1 after twenty minutes of play. Tigers held the edge in shots 12-7 in the opening frame.

The Tigers added to their lead early in the second period as Noah Danielson chipped home his first WHL goal at the 1:18 mark lifting one over the blocker of Tetachuk to make it 3-1. Medicine Hat made it 4-1 when James Hamblin beat a Hurricane defender to a loose puck before centering for Tyler Preziuso who snapped home his ninth of the year. Lethbridge answered back to cut the Tiger lead to 4-2 when Cozens – who hit a crossbar earlier in the period – ripped one by Bjorklund to get the ‘Canes to within a pair; Oliver Okuliar and Rylan Thiessen earned the assists on the goal. The Tigers outshot the Hurricanes 11-10 in the middle frame.

In the third period, the Tigers started on a power play and made good just 25 seconds into the final frame when Brett Kemp scored his first of two goals in the third period. The ‘Canes answered back with a power play goal of their own just 1:09 later when Logan Barlage banged home a rebound for his eighth goal of the season to make it 5-3. Medicine Hat added another power play just 1:06 after the Barlage goal when Chyzowski scored his second of the night. Kemp added his second goal on a breakaway at the 8:41 mark before Nick Perna scored his first as a Tigers just 1:01 after that to round out the scoring as Medicine Hat earned the lopsided 8-3 win.

The Hurricanes were outshot for the first time in 13 games as the Tigers held the shot advantage 34-23. Lethbridge went 1/4 on the power play while Medicine Hat was 3/6 with the extra man.

The loss for the Hurricanes was their second straight defeat as it ends a streak of three straight games of the ‘Canes collecting at least a single point. The loss drops the ‘Canes road record to 10-4-0-1 on the season and their overall record to 17-8-0-4 on the year as they fall to third place in the tight Central Division.

The Hurricanes return to the ENMAX Centre on Wednesday as they welcome the Everett Silvertips on Ladies Night at 7:00pm. Tickets can be purchased online at www.enmaxcentre.ca, by calling 403-329-SEAT (7328) or by visiting the ENMAX Centre Ticket Centre.