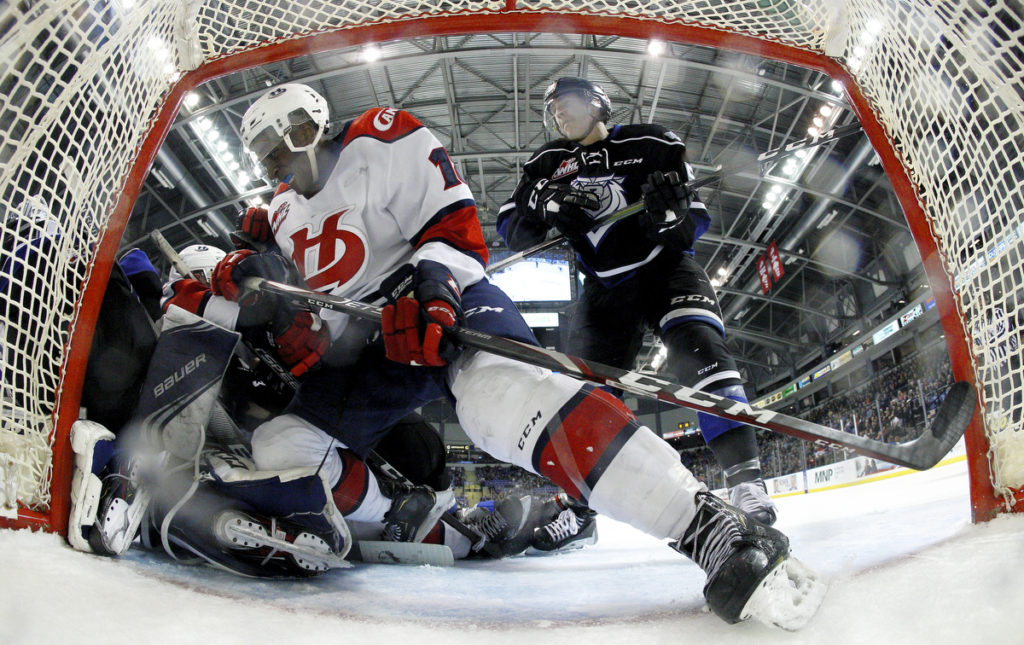 Victoria, BC – The Lethbridge Hurricanes began a three-game road trip on Friday with a 3-2 loss to the Victoria Royals at the Save-On Foods Memorial Centre.

It was a tough first period the saw the Hurricanes outshot 10-6 in the opening frame. Just five minutes into the game Victoria opened the scoring as Ty Yoder deposited the puck into the empty-net after Hurricanes goalie Bryan Thomson was trapped behind the net after failing to stop a dump in from centre. The Royals capitalized on a five-on-three power play opportunity at the 15:38 mark when Kaid Oliver scored to make it 2-0 Victoria before Gary Haden potted his fourth goal of the year, also on the power play, to make it 3-0 Royals after twenty minutes of play.

The Hurricanes started to find their legs in the second period as they began putting more pucks on net. The teams traded scoring chances early in the period as both teams had glorious chances on the same sequence. During that run, the fire alarm in the building was sounding. Neither team would score in the middle frame as Lethbridge outshot Victoria 17-8. At the end of the second period, Jacob Herauf was assessed a five-minute major penalty for kneeing and Mitch Prowse was handed a two-minute cross-checking penalty.

Lethbridge started the third period with a full two minutes on a five-on-three power play opportunity and the Hurricanes made good with the two-man advantage as Dylan Cozens scored his 14th goal of the season just 57 seconds into the third period to make it a 3-1 hockey game. The ‘Canes continued to poor it on outshooting the Royals 17-8 in the period. Lethbridge – with the goaltender pulled – would get to within a goal when Cozens scored his second goal of the period with just 45 seconds left to make it a one-goal game; assists on the play went to Zack Stringer and Ty Prefontaine. Lethbridge called their time-out and would press in the final minute but could not draw even as the Royals hung on to the 3-2 victory.

Hurricanes outshot the Royals 40-26 in the game. Lethbridge went 1/3 with the power play while Victoria was 2/3 with the extra man.

The Hurricanes continue their three-game road trip on Sunday afternoon at the Langley Events Centre against the Vancouver Giants. The ‘Canes will return to the ENMAX Centre on Friday, November 22nd against the Prince Albert Raiders. Tickets can be purchased online at www.enmaxcentre.ca, by calling 403-329-SEAT (7328) or by visiting the ENMAX Centre Ticket Centre.