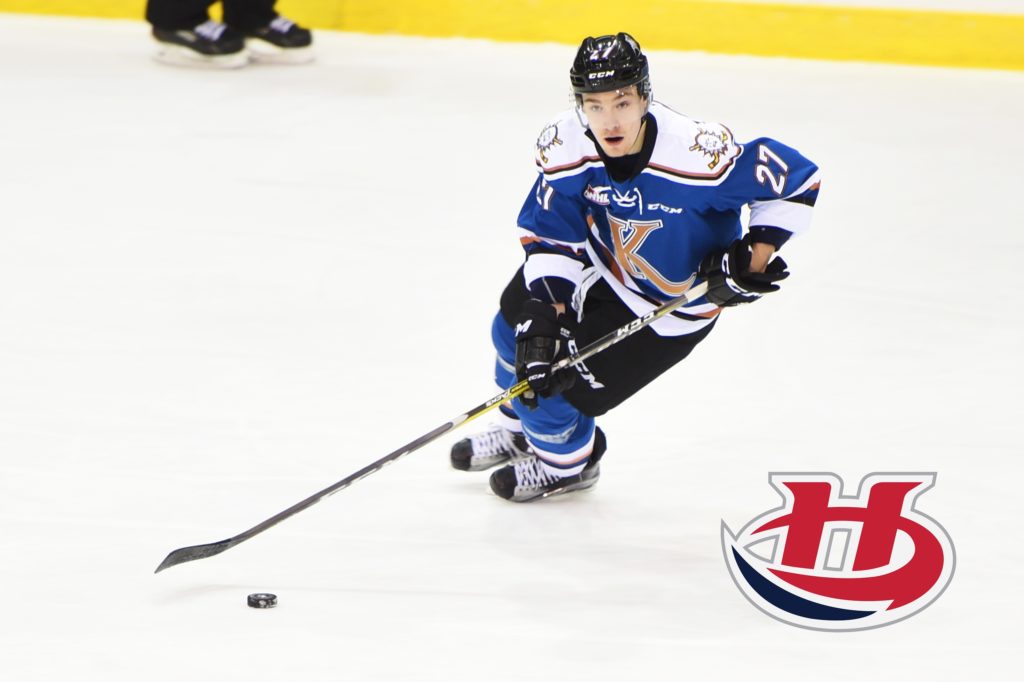 Lethbridge, AB – The Lethbridge Hurricanes Hockey Club announced Monday that the team has acquired forward Jake Elmer and a fifth round draft pick in the 2018 Western Hockey League Bantam Draft from the Kootenay Ice in exchange for overage forward Alec Baer.

Elmer, 19, was originally drafted by the Regina Pats in the sixth round (116th overall) in the 2013 Bantam Draft. The 6’1, 175-pound forward appear in 46 games in 2016-2017 with the Kootenay Ice where he registered 16 points (7g-9a) along with 24 penalty minutes. The product of Calgary, Alberta has appeared in 66 career games with the Ice and Pats. Elmer registered one goal in five pre-season contests with the Ice this year.

Baer, 20, was acquired by the Hurricanes at the 2017 WHL Trade Deadline. The product of St. Louis Park, Minnesota appeared in 30 regular season games registering 21 points (12g-9a) along with 10 penalty minutes. The overage forward added 11 points (3g-8a) in 20 post-season games.

With the trade, the Hurricanes now have 26 players on the roster, including 16 forwards, eight defenseman and two goaltenders. The ‘Canes now only have three overage-players including Giorgio Estephan, Brennan Riddle and Brennan Menell who remains at Minnesota Wild camp.

The Hurricanes open the 2017-2018 regular season this Friday when they welcome the Medicine Hat Tigers at the ENMAX Centre in the Dairy Queen Home Opener. Tickets for the game are available for purchase online, by visiting the ENMAX Centre Ticket Centre or by calling 403-329-SEAT (7328).